From Ayahuasca to Gelato 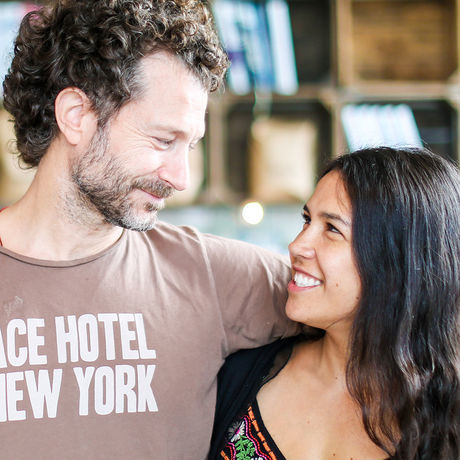 Violeta Edelman: Dolcezza Co-Founder and Co-CEO Violeta grew up in Buenos Aires, Argentina and her love of gelato is strongly influenced by her Argentine roots. Violeta attended American University where she studied communications. She started her career in production working in television and documentaries at National Geographic. In 2004, Violeta co-founded Dolcezza along her husband Robb Duncan. She currently serves as Dolcezza’s CEO, leading a team of 200 employees. Violeta comes from a long lineage of feminists, a strong supporter of women, she recently completed the James Beard Foundation Women Entrepreneurial Leadership program. Violeta lives in Washington DC with her husband and 3 daughters.

Robb Duncan: Dolcezza Co-Founder and Co-CEO Born in Marietta, Georgia, Robb Duncan studied engineering at Georgia Tech. A software job out of school took him west to San Francisco where he lived for 2 years, before moving to São Paulo, Brazil and eventually to Portland, Oregon. In 2000, his wanderlust took hold and Robb quit his job to travel through Europe and the Amazon where he met his Argentine wife Violeta Edelman. After walking into a popular gelato shop in Buenos Aires, Robb decided then and there that learning to make gelato was his passion. The economy in Argentina crashed and a software job placed him in Washington, DC where he and Violeta relocated with the dream of starting Dolcezza. A few years after returning to the states, Robb left his corporate job to concentrate on making gelato and sorbetto full time. The first shop opened in Georgetown in 2004 and he has been spinning gelato ever since and has played a part in every role from overseeing all menu development, marketing, and packaging, he also designs and project manages construction for all the shop’s openings.