Where I Was, What I Went Through, and Where I Ended Up.

It used to be that anxiety played no part in Tim Guthrie’s work. He would paint, he would sculpt, he would draw - until he got bored and would move on to the next thing…

And, there was always a “next thing” - until that day.

Gain a unique perspective on Tim’s frenetic, award-winning creativity - and why he gave it all up for years. 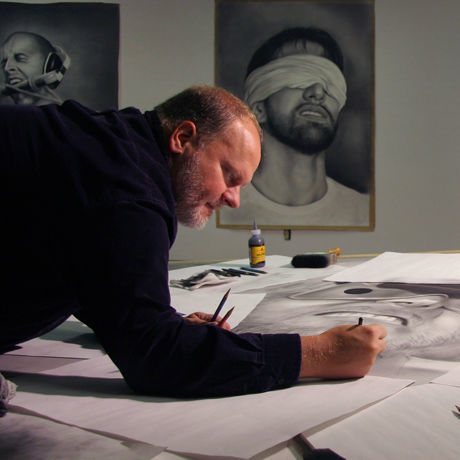 Tim Guthrie has been awarded Independent Artist Fellowships in 2011, 2008, 2007 and 2006 (Distinguished Artist, Filmmaker) from the Nebraska Arts Council for both his traditional and digital art, as well as his experimental animation and documentary work. He was also awarded Best Visual Artist, Best Show (Museum of Alternative History), and Best New Media Artist in 2015 by the Omaha Arts and Entertainment Awards, as well as Best Show in 2011, and both Best New Media Artist and Best Show in 2008, for “Nuclear Dichotomies” and Best Exhibit in 2011, for “Extraordinary Rendition.” He also presented his multi-media work at the Sorbonne in Paris, France (Summer 2012).

He teaches at Creighton University.

"My art seems to get me into trouble, but for some reason, that doesn't stop me." — Tim Guthrie