Commitment Is Going All In

Tal Dehtiar shares his personal journey to starting Oliberte and their commitment to being a successful business that also creates meaningful impact. 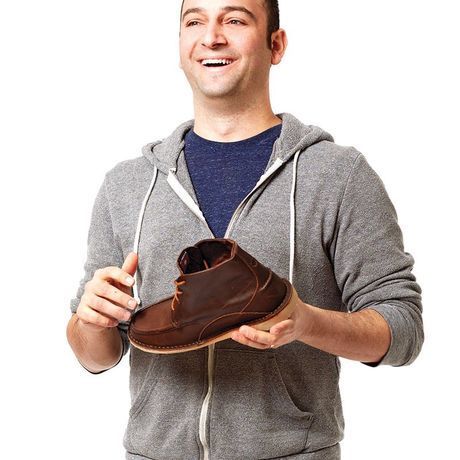 In 2009 Tal Dehtiar launched Oliberté, the world’s first and only Fair Trade Certified footwear out of its factory in Addis Ababa, Ethiopia. By focusing on premium handcrafted product, the planet and worker empowerment, Oliberté has become a model for the new corporate social responsibility. Tal graduated with a B.A. in communications from the University of Western Ontario and has an MBA from McMaster University. In 2004, he co-founded MBAs Without Borders, an international charity that has engaged hundreds of business professionals from around the world to volunteer and help build socially-minded businesses in over 25 developing countries including Afghanistan, Columbia, Haiti, Sierra Leone, and Ethiopia. Among his numerous awards and recognitions, Dehtiar was named one of the International Youth Foundation’s Social Entrepreneurs, one of Fast Company’s Most Creative People in Business and nominated for the YMCA Peace Award. He has been featured regularly in the media including CNN, GQ, Fast Company, CBC, The Globe and Mail and the New York Times. Tal has traveled, worked, studied or lived in over 50 countries and speaks English, Russian, Hebrew and Spanish. He is a regular speaker at conferences and business schools across the globe.