Stewart Scott-Curran, Art Director at CNN.com, speaks on his personal and profession journey into design.

This is an excellent talk for all creatives, as Stewart tells a fantastic tale of his personal and professional journey. If that’s not enticing enough, you can watch it for the Scotsman’s excellent accent. 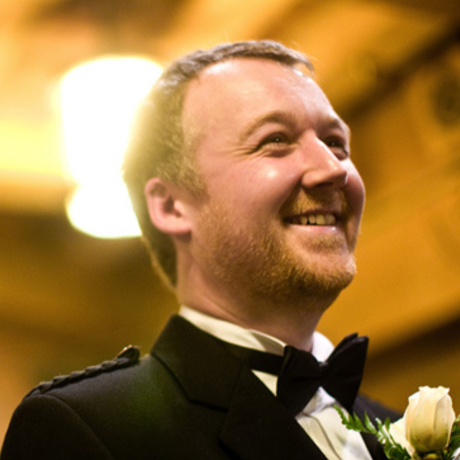 Stewart developed an interest in design early in life and remembers being especially obsessed with the typography and layouts of his father’s folk music album covers.

Whilst studying Industrial Design in Glasgow, Scotland he quickly realized he enjoyed rendering his products in Pantone markers more than he did actually designing them and from there was committed to working in graphics.

After a few years working in Glasgow, he moved to Amsterdam, Netherlands armed with nothing more than a suitcase and a burning desire to be immersed in a multi-cultural creative environment. That wish came true when he was hired by Nike to work in their global soccer unit. He spent the next 7 years designing on-field uniforms for the best teams and athletes in the sport. His Nike career peaked with the design of all 9 Nike teams represented at the 2010 FIFA World Cup in South Africa. These were some of the most successful products in the brand’s history.

In Holland he also met the love of his life and had a daughter. In 2009 he moved back to the UK to kick-start the graphic design department at Umbro, a Nike affiliate company. In 2 years the team grew from 1 to 4 designers and as well as apparel graphic design, was involved in footwear, equipment, branding, print and exhibition design. He also had the great fortune to be able to collaborate with some of the best graphic design and illustration talent the UK has to offer.

In 2011 he left the UK for Atlanta and the opportunity to be closer to family.

Ultimately, what he really loves to do is to connect and collaborate with other like-minded creatives from around the world.

Sometimes you just have to take a leap of faith. — Stewart Scott-Curran

Find your own voice by looking inside yourself and pulling out and amplifying what is already there. — Stewart Scott-Curran

Going that extra 2-3% just to do a little extra can give you so much back. — Stewart Scott-Curran

People that would never otherwise engage in a conversation about design or creativity are doing that. — Stewart Scott-Curran

If you’re looking for who you are creatively, and what your style is, I guarantee you it’s already there. You look back at your culture. Look at your history. — Stewart Scott-Curran

Hosted by High Museum of Art