Steve Beauchesne speaks on the role that design and creativity have played in shaping his brand and what lies in the DNA of his inspirational craft brewery. 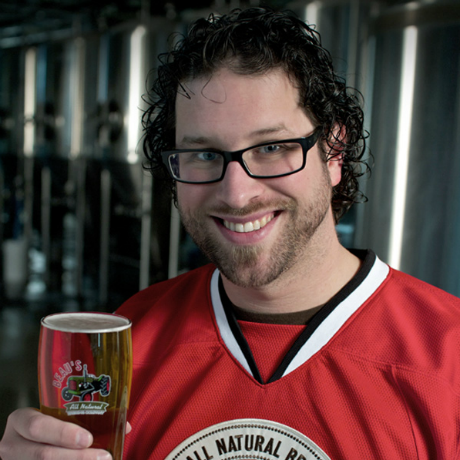 Beau’s began as a father-and-son team between Tim and Steve Beauchesne. After Tim’s textile business began to feel the hardships of a changing economic landscape in Canada, the pair dreamed up a plan to bring Eastern Ontario a fantastic local, environmentally and socially conscious craft brewery with the available space and facilities they had. Steve quit working with the Ontario government in Toronto, moved back to Vankleek hill, and in 2006, Beau’s All Natural Brewing Company was born.

Since then, Steve has been a driving force seeing the company grow impressively and pick up a slew of awards (including design!) along the way. Some of the accolades include a Gold medal at Mondial de la Biere in Strasbourg, France, 3 Gold medals at the Canadian Brewing Awards, “Best Craft Brewery in Ontario” (2012, 2011, 2010, 2009, 2008, 2007) and “Best Craft Beer in Ontario” (2011, 2010, 2009, 2008 & 2007) at the Golden Tap Awards, as well as “Best Beer” and “Best Brewery” in the National Capital Region. In 2012 Beau’s was the recipient of two Ontario Craft Brewers Centre of Excellence awards, for Marketing Innovation and Sustainability Accomplishments.

Not just a king of beer, you’ll also catch him tearing it up with his band, and mentoring students, entrepreneurs and whoever else needs a helping hand in the community.

I think if a business doesn't have a higher purpose than making money, it doesn't really have a right to be a business. — Steve Beauchesne

Hosted by St. Brigid's Centre for the Arts