Listening with Your Heart

I started using my camera as an excuse to interact with the people I saw every day.

Stephanie Glaros tells the story of how she started her photography project “Humans of Minneapolis” and learned to listen to people’s stories. 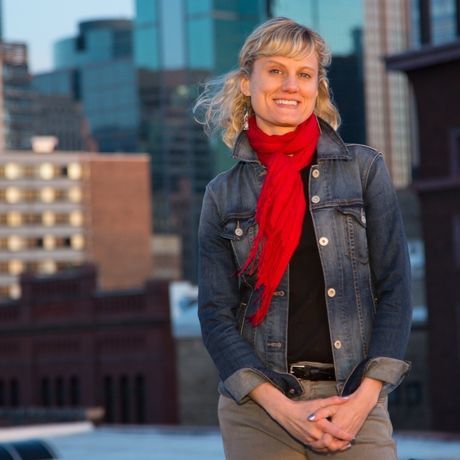 Stephanie Glaros is a teaching artist, author, and speaker based in Minneapolis, Minnesota. She spent eight years as the art director for Utne Reader magazine, but she is best known for her blog and book, Humans of Minneapolis. Her work has been featured in the Star-Tribune, Minnesota Monthly, City Pages, and on MPR.

We’re put on this earth to be connected to each other. — Stephanie Glaros

Be kind to strangers. Make eye contact with people. Say hello to people. Engage with them. — Stephanie Glaros

Our actions tend to have a ripple effect. Even a small act of kindness might mean more to someone than you can possibly even imagine. — Stephanie Glaros

We have a need to know that we’re connected to each other and that people see us, and that we’re being heard. That’s particularly important for people who are marginalized, who often spend their days being ignored. — Stephanie Glaros

We all encounter struggles—it’s part of the human condition. The thing about those struggles is they don’t necessarily show on the outside. — Stephanie Glaros