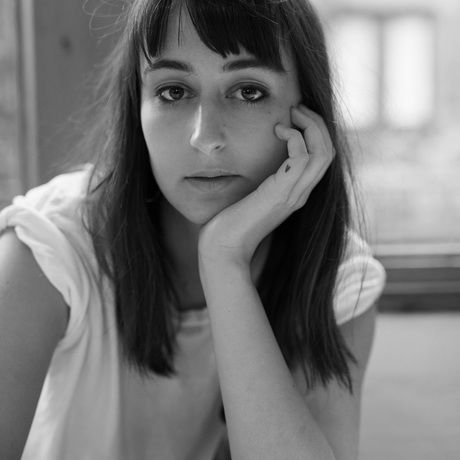 Her intricate work data maps the changing topographies of war and conflict zones. Plotting changes in the landscape and working alone on the ground her works become large drawings of her gathered information as well as spanning photography, installation and sculpture.

Her last bodies of work have mapped the current civil war in her home country, Ukraine as well as the Fukushima and Chernobyl Nuclear Exclusion Zones. She is currently working on making the Calais “Jungle” refugee camp and preserving its ground in a series of sculptures.

She is one of the youngest artists to ever be acquired by The National Gallery of Australia as well as having her art works and publishing archives collected by The Louvre’s Musee Des Arts Decoratifs, NGV, MCA & Bibliotheque Nationale de France.

In recent years, Stanislava has become a highly sought after tattooist. Though her tattoos are elegant, unique and highly distinctive, she only marks her friends and refuses cash payment for such a personal and intimate process. She instead trades her tattooing for whatever each friend feels it to be worth. One such friend she has tattooed is Florence Welch of Florence and The Machine, who traded a tattoo for a song.

Her work has also crossed into the support of commissions and collaborations with labels such as Nike, Chanel, Louis Vuitton and Tiffany & Co. She has also made a series of custom jackets for Cara Delevingne and Bella & Gigi Hadid.