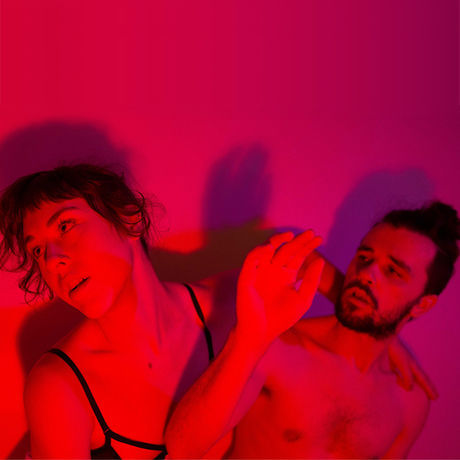 Taylor Knight and Anna Thompson are founding directors of slowdanger, a Pittsburgh based multidisciplinary performance duo that fuses sound and movement into an elusive, but illustrative combination of improvised contemporary and post-modern dance frameworks, found material, electronic instrumentation, vocalization, physiological centering and ontological examination. Slowdanger is an organism that uses performance and collaboration as ritual practice to delve into circular life patterning. Within their episodic body of work, ‘the memory series,’ the relationship between self and memory is investigated, as each memory is built upon reflections from past performances in the series. Each work seeks a deeper understanding through the practice of making.

Much like a construction zone, slowdanger breaks ground to build upon the demolished surface using old structures to a innovate a new concept or construction. Slowdanger is also dedicated to connecting their audience with their own body by offering movement experiences to varied levels of movers in the Pittsburgh area and beyond.

Slowdanger’s performance work has been featured across the United States in venues ranging from proscenium theaters and galleries to nightclubs and dive bars. From directing music videos to scoring plays, slowdanger transforms its shape to adapt to a variety of different containers. Slowdanger has presented work in the VIA festival (PGH), The Andy Warhol Museum (PGH), Kahlon (Baltimore), the CURRENT SESSIONS (NY), Honcho (PGH), The Pittsburgh Biennial (2015), and the KST newmoves Contemporary Dance Festival (2015). In June 2016, slowdanger debuted their full-length work, ‘memory 4,’ as a part of the New Hazlett’s CSA series and released FEED∆YOUR∆DEMON on La Squadra (SQU006). Most recently, slowdanger presented a work-in-progress of ‘memory 5’ at Wood St Galleries in December 2016 and are working on a forthcoming album on MISCrecords.

Hosted by The Alloy Studios