Sheri-D Wilson (aka The Mama of Dada) will riff on the subject of surrealism.

She may quote the greats and the unknowns. The talk may be surreal, and maybe it won’t. What is surreal? What isn’t? 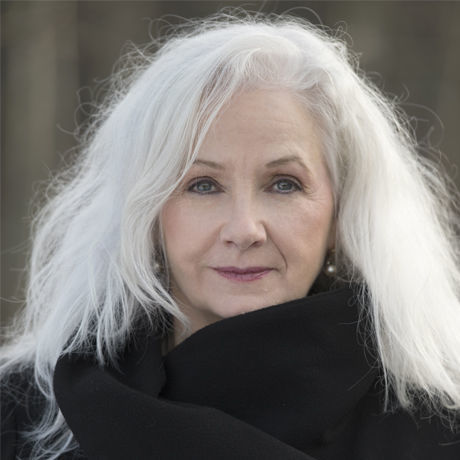 Sheri-D Wilson (aka The Mama of Dada) is the award-winning author of 11 books, the creator of 4 short films, and has released 3 albums which combine music and poetry.

Known for her electric performance-style, making her a favorite of festivals around the world—she’s read, performed & taught in festivals across Canada, USA, UK, France, Spain, Belgium, Mexico, and South Africa. Recognized for her environmental awareness and activism, she was headliner at the 2014 Emerald Awards, and in 2013 she read with David Suzuki. Her tenth collection of poetry, Open Letter: Woman against Violence against Women; was short-listed for the Robert Kroetsch Poetry Book Award & CanLit. Her collection, Re:Zoom (2005), won the Stephan G. Stephansson Award for Poetry.

In 2018 Wilson was appointed the distinction of Poet Laureate of Calgary, and in 2017, she received her Doctorate of Letters—Honoris Causa from Kwantlen University. Of the beat tradition, in 1989 Sheri-D studied at Naropa University’s Jack Kerouac School of Disembodied Poetics, in Boulder, Colorado.