Shelby talks about her adventures through life and the “what if” moments that led her to where she is today. 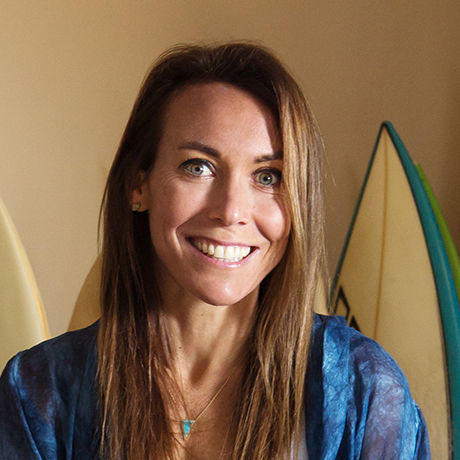 Shelby Stanger has been passionate about storytelling since she inked her first article in a national publication at age 15. As a longtime adventure journalist in the outdoor sports world, Shelby has standup-paddled a portion of the Peruvian Amazon, reported about a summer-long punk concert series called the Vans Warped Tour, surfed from Tofino to Tavarua, had her own adventure column in five San Diego newspapers, and interviewed countless CEOs, entrepreneurs and pro athletes on assignment for national publications like Outside Magazine, ESPN, and Shop-Eat-Surf.com. Prior to becoming a fulltime storyteller and consultant, Shelby worked at the iconic shoe company, Vans, where she helped oversee all the women’s branding and later international marketing for the Americas and Australasia regions. She later served as a media consultant to brands including Nike, PrAna, Body Glove, and Eagle Creek.

In 2016, Shelby created Wild Ideas Worth Living, a podcast show, currently presented by REI Co-Op. The show features high-impact interviews with world-class adventures, authors, scientists, athletes, health experts and explorers who have turned their own wild ideas into a reality. This past year, she also became the host of LifeChangingPlaces, a new podcast presented and created by Lufthansa about how traveling to a new place can change your life forever.

In addition to her work as a storyteller, Shelby is a longtime board member and volunteer for Outdoor Outreach, a non-profit that helps empower at-risk kids in San Diego through outdoor programming like rock-climbing, snowboarding and hiking.

The common thread to everything she does: A little adventure is life’s antidote. To second chances. To soul seeking. To success. When not on assignment or behind a microphone, the San Diego native enjoys sampling the best coffee, surf breaks and smoothies around the county.

What if we could turn our worry into wonder? — Shelby Stanger

Comparison is the biggest thief of joy. — Shelby Stanger

Having gratitude puts you into a place of positivity. When you send love and gratitude to something, it’s a game-changer. — Shelby Stanger

Pitching is like dating: you want to put your best foot forward. You don’t want to be a total stalker, and you want to make it mutually beneficial. — Shelby Stanger

Having a road map but tight deadlines allows you to not second-guess yourself. — Shelby Stanger