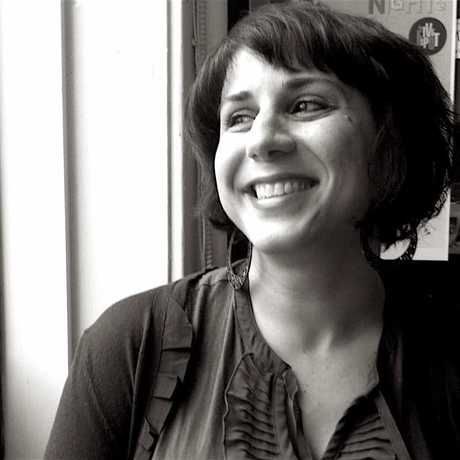 Sara Zia Ebrahimi is a curator of film, visual art and new media and for over a decade has produced film screenings and exhibits in the Philadelphia area. An MFA graduate of Temple University, her own short films have screened internationally and been awarded grants from Chicken & Egg Pictures, Rooftop Films and the Leeway Foundation. Her recent work includes Bailout, a web series which she wrote and directed, The FBI Blew Up My Ice Skates, an animated short film co-directed with Lindsey Martin (currently on exhibit at the ICA Philadelphia), and she is currently working as a producer on M. Asli Dukan’s dystopian near-future web series, Resistance: the battle of philadelphia. By day she is the Program Director at the Leeway Foundation which supports women, trans and gender non-conforming artists who are using their art as a tool for social change. Her life’s mission is to both create and uplift compelling storytelling that affirms and celebrates those on the margins while challenging racism and xenophobia. Her other mission is to watch every single episode of Star Trek in sequential order; so far she has completed all of Deep Space Nine and most of The Next Generation.

No game is worth it if you're not bringing everyone from the bottom up along with you... it's about the larger collective. — Sara Zia Ebrahimi

If we're talking about equity, the big question becomes are you ready to possibly leave the table and not just bring up another chair. — Sara Zia Ebrahimi

One promising trend that I'm seeing is that we're shifting from a conversation about equality to one about equity, because equality assumes equal access. — Sara Zia Ebrahimi