Connecting the dots of Bengaluru city 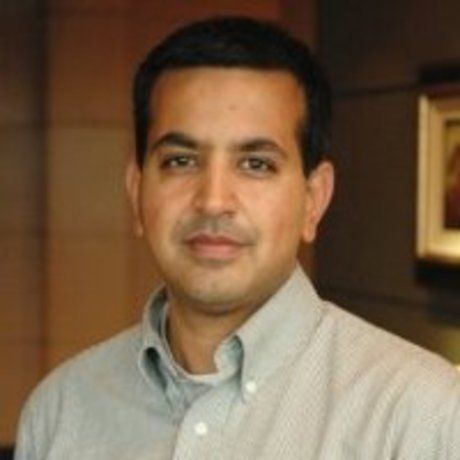 Sanjay is the Strategy Head – Urban Development and Accessibility at EMBARQ India. Under his leadership, EMBARQ India has started to work at the intersection of urban development and mobility; leading and managing participation in several projects, including metro rail accessibility, and bicycling and pedestrian infrastructure projects in Bangalore and Mumbai, and transit-oriented development and review of the master plan in the Hubli-Dharwad area. He has also been involved with influencing private developers to incorporate pedestrian and bicycle connectivity in their projects. He is also guiding a team that is working on a first-of-its kind project in India in the historic and heritage city of Mysore, which is looking at creating a non-motorized zone around the heritage core, with additional initiatives such as improving the efficiency of bus services in the city, redesigning the intersections around the heritage core that will prioritize safe access for pedestrians and non-motorized modes of mobility.

Sanjay is also the country coordinator for WRI’s Sustainable and Livable Cities Initiative, a program funded by the Caterpillar Foundation. He works closely with multiple agencies at the city, state and national governments while coordinating cross-programmatic initiatives that will come together for making Bangalore a sustainable city. In this role, Sanjay manages pilot initiatives that address challenges on the ground that have the ability to impact a larger target audience by putting together a framework that can be scaled up to larger city-level programs.

Sanjay has close to 14 years experience, spanning three continents, as an architect, urban development specialist and urban policy expert. Prior to EMBARQ, he was the India Director for Callison, a multi-disciplinary planning and design firm based in Seattle, where he was responsible for setting up the India office and grew it to a substantial size, in terms of staff, projects and client relationships. Before moving back to India, Sanjay worked in Fresno, California and in Seattle for several years. In addition, he has worked at a number of architectural and planning firms in India and the Netherlands.

Sanjay was the head of ABIDe Bengaluru’s Heritage Group, a body set up by the Chief Minister of Karnataka with the task of analysing Bangalore’s urban development. He was responsible for putting together a draft framework and was the principal author of the Bangalore Heritage Policy – the first of its kind for the city. Sanjay has extensive experience in dealing with issues and challenges that are at the intersection of urban development and heritage settlement studies. He has worked on several projects in Bangalore, in the Northern Karnataka cities of Bidar and the UNESCO World Heritage Site at Pattadakal, where he served as coordinator and project lead. Sanjay has a Master’s Degree in Housing and Inner City Revitalization from the Institute for Housing and Urban Development Studies (IHS), Erasmus University, Rotterdam, the Netherlands. Sanjay has also studied at the University of Delaware’s School of Urban Affairs and Public Policy where he specialised in Urban Affairs and Public Policy. Sanjay has a Bachelors Degree in Architecture from Bangalore University.

Sanjay is an avid golfer and enjoys the outdoors. His extensive travels around the world continue to bring him a deep sense of joy and understanding of the different cultures around the world and people associated with those cultures. Sanjay enjoys reading books on anthropology, architecture, history, and writings by influential people such as Mahatma Gandhi, Martin Luther King Jr, Desmond Tutu, Nelson Mandela, Abraham Lincoln, and his holiness the Dalai Lama. Sanjay is married to Mangala, and they have a 5 year old son, Skanda.