As part of CreativeMornings’ theme of Collaborate, CreativeMornings/Chicago invited local sweethearts and co-owners of the delightful bakery Floriole Mathieu and Sandra Holl to speak on the global theme. They share some advice and stories with the audience about how they live, eat, work, and play together; always collaborating. The Chicago chapter of CreativeMornings is organized by Kim Knoll & Kyle Eertmoed of Knoed Creative. Follow along with us at @Chicago_CM! 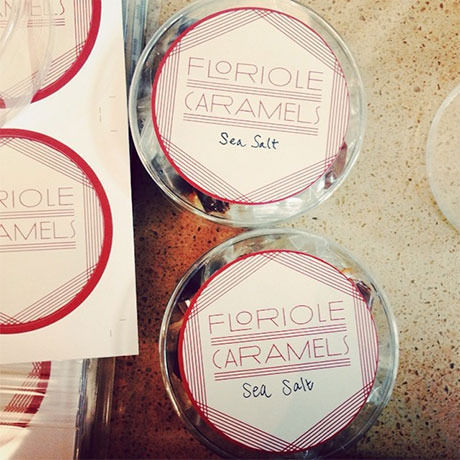 Floriole is a damn good bakery and café, founded by Pastry Chefs Sandra & Mathieu Holl. It began as a stand at Chicago’s famed Green City Market, where for nearly 5 years they sold their rustic, French pastries in a 10x10 tent. They dreamed of having their own brick-and-mortar space, and that dream came true in 2010 when they opened their beautiful café and bakery in Chicago’s Lincoln Park neighborhood. They’re committed to using the best, local ingredients sourced directly from sustainable farms in the region.

Sandra Holl was trained in San Francisco at the California Culinary Academy and worked as a baker at the renowned Tartine Bakery. She has contributed at Bon Appetit, been featured on StarChefs.com, and was nominated for Best Chef by TimeOut Chicago.

Mathieu Holl, born and raised in Paris, grew up with a great appreciation and love for food and pastries. Although Mathieu is not a trained chef he has an amazing palate and the ability to critique even the most perfect pastry. As Sandra says, “He makes me a better baker… even if it makes me crazy sometimes”.

Floriole was named one of Top 10 Bakeries Across the US by Fodor’s Travel and one of the 10 Best Baguettes in America by Bon Appetit. They’ve been featured on the Martha Stewart Show and in the press by the Chicago Tribune, Chicago Magazine and Kinfolk Magazine. As partners in business and in life, Sandra & Mathieu will be speaking to the theme “Collaboration”.

Hosted by Cards Against Humanity