Blurring the Lines of Art & Education

Samar Jodha speaks about his art and transformation from a corporate photographer, to an educator across regions. 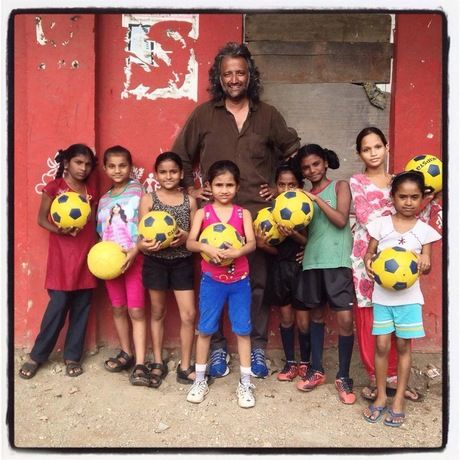 Jodha is an artist who over the last twenty years, has been using photography and film to address various issues like development, human rights and conservation. His work has shown in galleries and museums and in private collections in many parts of the world. In Dubai he conceptualised the documentation of the making of world’s tallest habitat & the time-lapse films can be seen at the observatory deck and was also featured on Discovery, National Geographic and exhibited at skyscraper Museum in NYC.

Bhopal – A Silent Picture, a 40 foot installation was showcased by Amnesty International London during the Summer Olympics, and just finished showing at Rome’ Piazza Della Repubblica as part of public art project on the Union Carbide disaster in Bhopal.. This multi-media public art project by Jodha has so far clocked in over 150 thousand visitors

Phaneng – his award winning portraiture project about the disappearing Tai Phake, a Buddhist tribe in India’s northeast was seen at Corcoran Gallery of Art, Washington D.C. in 2010. He continues to work closely with this endangered community.

Parallel to his art projects and editorial work, Samar has worked with the Bill and Melinda Gates Foundation, BBC World Service Trust and the United Nations. Jodha is a regular speaker on TEDx.