The WhatsApp report of a Syrian refugee

Sam will tell us the story of Ideas, a refugee from Syria. Ideas walked from Greece to Hungary, on wards to the Netherlands. It took him 1,5 month to get here. The Whatsapp conversation Sam hold with Ideas evolved into Ideas’ Odyssey. 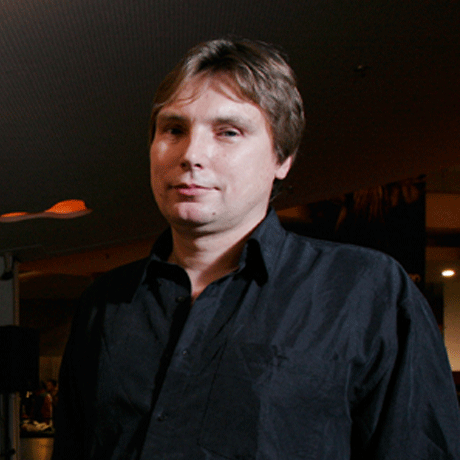 When Sam was in Lesbos, Molyvos (Greece) early this year, he encountered a group between 50 and 150 refugees arrived by raft from Turkey (6 miles east of the island). Despite the recommendation of the people of Molyvos: never cry in front of the newly arrived refugees and never, ever give them your adress or telephone number. Nevertheless he did. A couple of days later Sam received his first Whatsapp message and he has been chatting since then.

Sam will tell us the story of Ideas, a refugee from Syria. Ideas walked from Greece to Hungary, onwards to the Netherlands. It took him 1,5 month to get here. The Whatsapp conversation Sam hold with Ideas evolved into Ideas’ Odyssey. Ideas’ Odyssey has developed into an international open source journalistic project serving as a contact- and information platform. Journalists from all over the world use Ideas’ Odyssey as a source.

Sam Nemeth (Poppe & Partners) is director and journalist. He started his career at video collective Staats TV/Rabotnik and at student magazines. Sam graduated in Film- & TV studies at the University of Amsterdam and was editor of Film en TV monthly Skrien in the 90’s, where he specialized in videogames. He made artist documentaries for the Stedelijk Museum in Amsterdam and worked for various tv stations as a filming journalist. He worked for medialabs like Waag, now called Waag Society, as content developer and head of communications. Until 2013, Nemeth worked part-time as a lecturer/coach at the Industrial Design department of the Technical University Eindhoven. Now he is part of Poppe & Partners.

Hosted by Stad in de maak