Let’s Make a Baby, the Biology of Connecting

Ron Williams believes that every connection is an opportunity to build something interesting.

Like most stories, Ron J. Williams’s tale starts with a woman and a motorcycle. Wanting to impress his now-wife, Ron rented a motorcycle from a stranger on Craigslist. The simple transaction sparked an idea in Ron’s mind—to form a business around facilitating access to one’s network. Speaking to his own experience, Ron delves into a few start-ups of his own and analyzes crowd-funding platforms, better networking, and connection-fueled companies.

Hailing from Brooklyn, Ron speaks at our Prague event on the importance of connecting with the people around us. Ron says that we build our networks to fulfill a biological need to find people to share with. He asks us how we formulate authentic connections and engender real relationships—because that’s what leads us to new paradigms.

Referring to the title, a baby is just a placeholder for an idea, a new way of thinking. So, let’s make a baby! 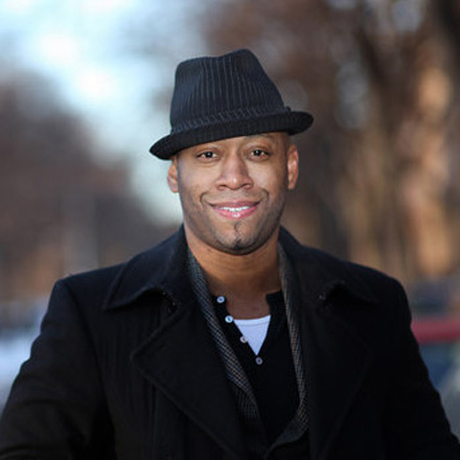 Ron J is a Brooklyn-born and raised social data nerd who loves bringing people together to build good stuff. He’s so obsessed with the mechanics of human networks that he once wrote a post about making intros that wound up in a Biz Marketing for Dummies book. When he’s not speaking and mentoring in the city, he gives talks around the world about the magic that come from understanding how we’re connected to other entities (people, places, moments, content).

His highly scientific process for identifying big ideas looks like this: get aggravated by the shortcomings of a system; annoyingly ask “why,” and then “why not;” and finally break down and do some landing page testing.

Ron was recently named one of Fast Company’s 100 Most Creative People in Business, but he never forgets where his focus lies - his favorite saying around the office is “We fight for the users.”

Check out Knodes to see how much better your network could work or SnapGoods to grab camping gear or photo equipment from people nearby or in your network!

We are not slaves to the technology. The technology is beholden to the ways in which we employ it. — Ron J. Williams

Connections in the world that we live in shouldn't be empty. Every connection is an opportunity to build something interesting, to do something profound. — Ron J. Williams

How can we design systems that drive us into more productive relationships? — Ron J. Williams

Connect is not about building networks. We build networks so we can connect. — Ron J. Williams