Go as Far as You Can Go

It’s necessary to go beyond, tradition, place, and ourselves to make the best art that you’re capable of making.

Robin Van Lear reflects on nearly 30 years of working in community arts at the Cleveland Museum of Art and shares personal stories of “Parade The Circle” over its long history. 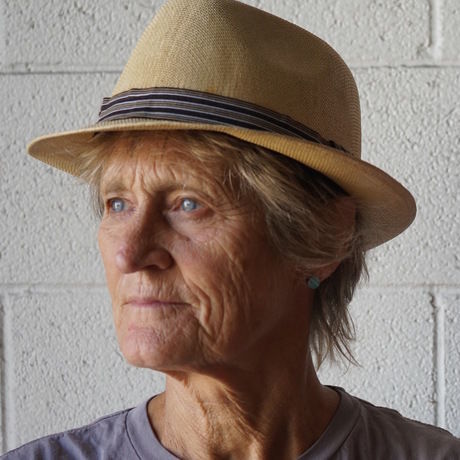 Robin VanLear is a visual artist, performance artist and designer. She is the creator and co-director of Art Acts, performance art company, which created the opening parade for the Rock and Roll Hall of Fame in 1995. In 2003 Art Acts premiered Chevay – Enter Without Feathers at Cleveland Public Theater. Robin has designed and created costumes, sets and performances for the Cleveland Orchestra, Playhouse Square Foundation, Cleveland Opera on Tour, Carousel Dinner Theater, and Groundworks Dance company. Art Acts community based performances have appeared in Public Square, Rockefeller Park, Lake View Cemetery, MOCA Cleveland and the Fine Arts Garden at the Cleveland Museum of Art.

Robin is director of Community Arts at the Cleveland Museum of Art, the department she founded in 1993 under the auspices of former CMA director, the late Robert Bergman. She is the creator and artistic director of Parade the Circle, the I Madonnari Chalk Festival and the Winter Lights Lantern Festival. Parade the Circle, now in its 28th season, annually employs over 50 artists from greater Cleveland and around the globe and draws a crowd of 80,000 spectators to the University Circle area. The CMA Fine Arts Garden is the site of the annual Chalk Festival also 28 this fall. The Lantern Festival, presented in conjunction with University Circle’s Holiday Circle Fest, will celebrate its 25th year next December.

The recipient of multiple Ohio Arts Council grants and the Governor’s Award for Arts Outreach, Robin was also honored with the first Joseph Piggott Award, the Judson Smart Living Award and twice by Northern Ohio Live for Event of the Year. In 2001 she was the recipient of the Cleveland Arts Prize Robert P. Bergman award. Robin was selected as a Creative Workforce Fellow for 2010 and again for 2014.

Robin’s performance/installation piece Seeking Radiance was one of the three Cleveland Arts Prize Goes Live collaborations celebrating the 50th anniversary of the Arts Prize. The installation with performance was presented at Spaces Gallery the end of September 2010. That fall Robin was awarded a Playhouse Square Foundation Launch fellowship for the creation of a new work. In April 2011, Marigold Wars was featured at FusionFest 2011 at the Cleveland Playhouse. A performance art piece, Marigold Wars, was conceived, written and directed by VanLear and created in collaboration with 2 composers, 2 choreographers, and 30 musicians, dancers and actors.

Robin lives in Cleveland Heights, OH with her husband.