Robert Curran shares his personal creative journey to moving beyond ballet and his vision for the future of the arts and generosity in Louisville. 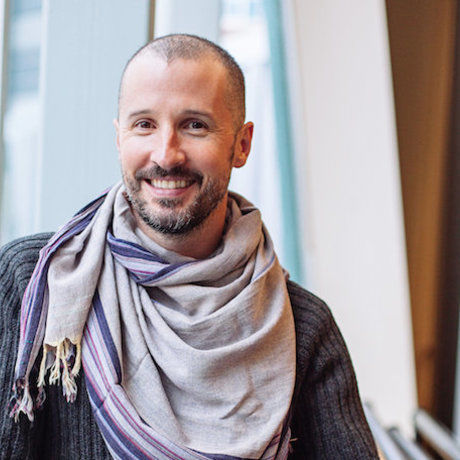 Trained at The Australian Ballet School and having enjoyed a thrilling and fulfilling career with The Australian Ballet as a Principal Artist, Robert Curran took the passion and discipline he developed as a dancer and set his sights on diversifying his knowledge, skills and abilities. Education and experience continually expanded his ability to move his own body on stage and through this, move an audience through a wide range of emotions. Beyond his dancing career he strives to continue to move people towards a satisfying encounter with dance. Robert is motivated by the form that a dancer gains from training in the traditions of classical ballet, where respect and discipline can facilitate breathtaking strength and freedom. He is also inspired by the innovation that forms the function of any artist, that being to bravely and boldly express oneself through art for the greater good of a community. As Artistic Director of Louisville Ballet, Robert continues to contribute to the global arts community, enriching his knowledge of the art form to which he has devoted his life. He is excited by, and committed to, the Louisville community with its abundant respect for the arts and its exciting perspective on the future.

"Being alone is no way to live or create. We are all better working with others, to give more and be more, than we ever could be alone. — Robert Curran

Right now Louisville is experiencing a renaissance of the arts. — Robert Curran