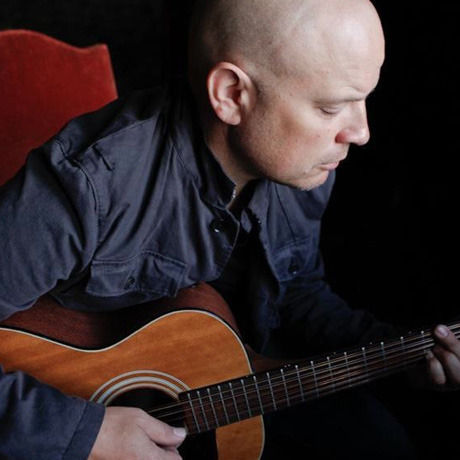 For years, musicians in the know have recognized Ric Hordinski as the “guitarists’ guitarist.” For fans of acoustic music. Ric’s function as musical director (and producer) for artists like Phi Keaggy, David Wilcox and others has sometimes elevated him to a kind of underground mythic status. His most recent recording, Arthur’s Garde, highlights what his fans have known for years: he can play with the best of them. The richly layered recording calls on the ghosts of the english folk music revival of the late 1960s, with references to players like John Renbourn, Anthony Phillips and Richard Thompson. The recording is unique in this era for it’s eschewing of digital effects. The record contains no artificial reverbs and no digital effects of any kind, giving it a kind of fresh immediacy not often heard on modern acoustic recordings.

Ric has appeared on records with Jim James (my Morning Jacket) Phil Keaggy, John Mayer, David Wilcox, Ben Harper, Richard Thompson, Tony Levin, Bill Kreutzmann (Grateful Dead), Victor Wooten, Victoria Williams. Robbie Fulks and many others. As a live performer he’s shared the stage with a dizzying array of musicians: Johnny Cash, Moby, Bob Dylan, My Morning Jacket, Indigo Girls, and many others. He’s produced award-winning records for a host of folks including Over The Rhine, Wilcox and Phil Keaggy. On his own, hiding behind the Monk moniker, he released six independent records that featured alternately the songwriting craft he honed during his eight years in OTR, the ambient guitar that garnered demand as a studio musician and the ear for songcraft that makes him an excellent producer. He seems to be one of the few musicians able to straddle comfortably the distance between ground-breaking avant-garde explorations (witness his association with people like David Torn) and truly beautiful pop music. Paste Music has called him “ the rarest kind of virtuoso, the kind who knows when not to play” this penchant for understatement has it’s rewards: ric recieved a Grammy nomination in 2003.

Hosted by The Contemporary Arts Center