Raphaël Cruyt unfolds the story of MIMA, the Millennium Iconoclast Museum of Art. 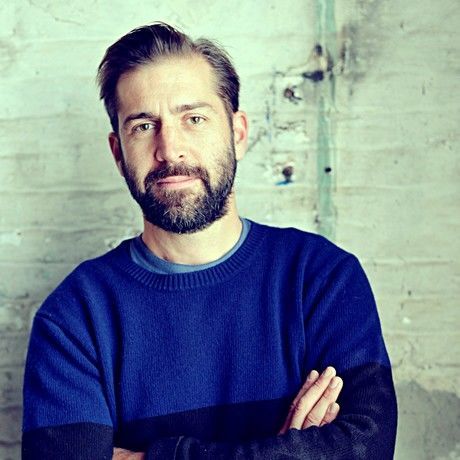 Born in Brussels in 1973, Raphaël Cruyt is self-taught, having some basic knowledge in art, history and philosophy acquired in Saint Luc and ULB. Before 2004, he did mainly press cartoon, storyboard and web site development.

Together with his partner Alice van den Abeele, Raphaël opened Alice Gallery in 2005, which has meanwhile become a cultural institution in the heart of Brussels city center. The exhibition space brings both Belgian and international artists, with the aim of breaking the codes of traditional galleries and exploring new universes, be it skateboard, graffiti, tattoos or cinema.

He is one of the four founders of MIMA (Millennium Iconoclast Museum of Art), which opened in the Molenbeek neighborhood in Brussels on April 15. It is committed to a culture that breaks down barriers and reaches out to a broad audience, reflecting the world of today and paving the way for the world of tomorrow.

Unlike most private museums, financed by a single rich and powerful collector, MIMA relies on multiple incomes like a network of backers, which took three years of fund-raising to build.

Beside its international ambition to explore the culture 2.0, the museum also aims to create a connection with the local community, and works on different levels to do so. For example, by offering free entrance for the schools in Molenbeek and by partnering with local associations, such as TADA (organizing workshops for underprivileged kids) or with the Brussels Boxing Academy, a local boxing club, to organize parties to create social mixity, jobs, and slowly involve young boxers in creative project.

At CreativeMornings Brussels, Raphael will share with us how MIMA was created against all common wisdom regarding cultural spaces, and dedicated to a culture that breaks down barriers.

What we try to achieve with the museum: to find a bridge above every different singularity. We have different identities, but we have cultural values that we share above our singular identities. — Raphaël Cruyt

It was more like the idea of a music concert: if they don't come for the artist, at least they can come for the people! — Raphaël Cruyt

Suddenly, the artists realized they are in Molenbeek — Raphaël Cruyt