“Don’t Let The Time Do You”

Patrice Gaines asks the question: Are you a hostage to time?

When Patrice Gaines got out of jail, time had a new meaning. While her high school classmates had attended colleges and graduated, or married, had children and bought houses, she had smoked reefer, dropped Quaaludes, black beauties and LSD. She shot heroin and earned a criminal record. Patrice shares with us her unique perspective on Time throughout her lifelong journey as an accomplished Washington Post journalist, author of two books, writing coach, devoted mother and more. Turns out, not all prisons are buildings. 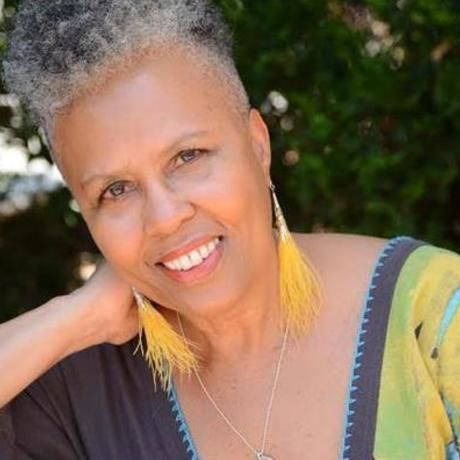 While she had a wonderful, middle class upbringing as the oldest of seven children of a Marine and a homemaker, by the summer of 1970, at the age of 21, Patrice was in a Charlotte, N.C. jail. Her charge: possession with intent to distribute heroin and possession of a needle and syringe — felonies.

Patrice was also by this time the mother of a two-year-old daughter. Fortunate for them both, she only spent a few weeks in jail and received five years probation. But there was no reason to celebrate. Now she was labeled “a convicted felon,” an “ex-con,” “a criminal.” Though she had a child to support, finding a job was difficult.

Her bad choices continued to put her in dangerous situations. She went from one abusive relationship to another. She was raped and brutally beaten by a man she had just begun to date. She contemplated suicide, but thought of her daughter. She wanted to make her life better so she could make her daughter’s life better.

It took perseverance. It took faith. It took determination. And it took time. Finally, after several attempts and failures, she became drug free. She entered psychotherapy and read everything she thought would help her. She became a student of life, began meditating regularly and vowed to do all she could to align her life with God.

She attended a community college at night, took secretarial classes and then creative writing. She was accepted into the Summer Program for Minority Journalists and began a career as a reporter, eventually landing at the Washington Post, where she worked for 16 years. Patrice has won prestigious journalism and writing awards, including First Place Commentary from the National Association of Black Journalists. She was on a reporting team that was a finalist for the Pulitzer. She won fellowships to both Yaddo and MacDowell Colony, two renowned retreats for writers and other artists. More recently, in 2009, she received a Soros Justice Media Fellowship to write a series of articles about the impact of incarceration on the Black community.

Patrice has written two books about her journey — the autobiographical Laughing In The Dark: From Colored Girl to Woman of Color — A Journey from Prison to Power; and the self-help Moments of Grace — Meeting the Challenge to Change. She has been a guest on the Oprah Winfrey Show and was featured on NBC Dateline. Her articles have appeared in numerous publications, including Essence, the New York Times Magazine and BlackAmericaweb.com. She has been a commentator on National Public Radio’s “All Things Considered” and “Blues and Notes”.

Today, Patrice is a freelance writer, teacher, coach to new writers and a motivational speaker. She tells her story at colleges, conferences, prisons and drug rehabilitation programs around the country. She is a “justice reform activist,” who encourages discussions on forgiveness in her lectures and coaxes people to redefine “justice.” Her goal is to drastically change the U.S. judicial system and prison industry.

She is also devoted to empowering women, especially those who have been incarcerated. To that end, she and longtime friend Gaile Dry-Burton co-founded The Brown Angel Center in Charlotte, N.C. They currently run a monthly workshop for women at the Charlotte Mecklenburg County Jail but plan to create other programs aimed at assisting these women to become mentally, spiritually and financially healthy.