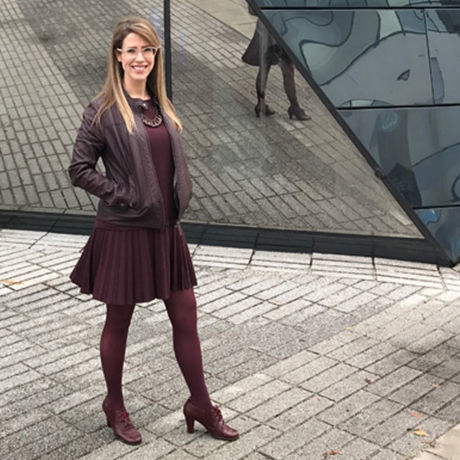 Megan Lykins Reich is Deputy Director for MOCA Cleveland; she has been with the Museum since 2004. In her current position, Reich manages and evaluates the implementation of the Museum’s strategic plan. Working with the Executive Director and Senior Management Team, she helps set a vision for the Museum’s innovative artistic and educational program, supervising the implementation of strategic initiatives, their alignment with a growing and ever-changing audience base and new business imperatives, and their realization of articulated goals and outcomes. Reich oversees the Engagement department, budgets, and staff, and works with the Exhibitions team on strategic projects. Reich also curates exhibitions at the museum; since starting at MOCA in 2004, she has organized twenty-six exhibitions such as There Goes the Neighborhood, Duke Riley: An Invitation to Lubberland, and DIRGE: Reflections on [Life and] Death, and coordinated many more. Reich served as the Emily Hall Tremaine Curatorial Fellow at MOCA Cleveland (2004-2006) and The Cleveland Museum of Art Contemporary Art Fellow (2003-2004). In 2001, she graduated valedictorian from The Pennsylvania State University’s School of Visual Arts, where she earned a BA in Art History and a BA in Studio Art. In 2004, Reich received her MA in Art History and Museum Studies from Case Western Reserve University, where she also conducted her doctoral studies. She is married to Dan Reich, a fifth-grade teacher in the West Geauga School District, and together they have three children and live in Solon.