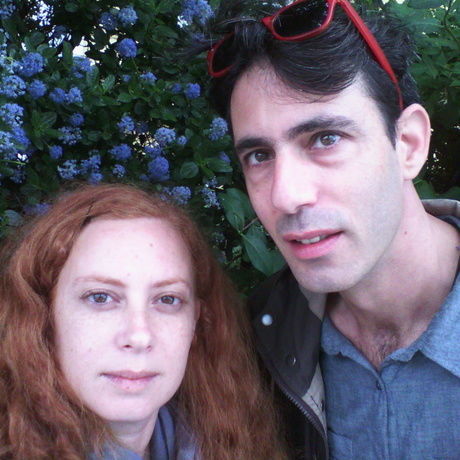 Come celebrate LOVE with Yonathan and Masha, a married couple who also create together.

Yonathan is a director, producer and editor, he has taught film and animation at the School of Visual Theater in Jerusalem. Masha is one of Haaretz newspaper’s Culture Supplement editors, where she writes about culture, as well as a book reviewer in the paper’s Literature Section.

Yonathan and Masha have worked on a number of projects together: Two documentary films - “Magia Russica” (2004) about Russian animation in the Soviet Era and “Amos Oz - Straight Into the Summer Sun” (2009) a portrait of Amoz Oz. They also created “Children’s Channel” in the framework of the “Contact Point” exhibit at the Israel Museum (2012, 2013, concept: Renana Raz) - an audio-guide for the Modern Art Wings based on children’s recordings.

They’re currently working on “That’s How It Is” a documentary animation film based on children’s recordings about different concepts in life and the world. Together they also created Talia (10) and Matti (3), both works in progress.