part of a series on Serendipity
September 3, 2017 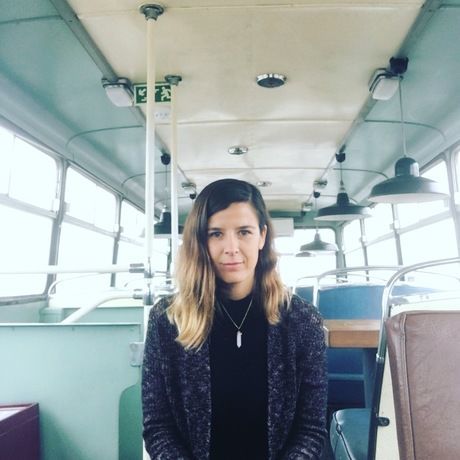 Mariana is the director of Village Underground Lisbon, a co-working and events space housed in a collection of shipping containers and double-decker buses in Lisbon. The project is a melting pot for creative people and ideas to gather and evolve. Mariana exported Village Underground to Lisbon after coming across the concept in London, where she worked for C-Squared and ran her own events under the brand Madame Management. Village Underground Lisbon owes its success to Mariana’s extensive personal and professional network, built over years of working across Europe, on large-scale creative marketing campaigns and music PR.

Mariana is particularly dedicated to promoting women in the music and entrepreneurial sector in Portugal, and contributing to the cultural development of her home city Lisbon.

Village Underground won “Best New Project in Town” in the Time Out Awards the year it was launched (2014) and Mariana herself won in the “Innovation” category for Maxima Magazine’s Women in Business awards. Most recently she was recognised by Time Out as one of the 30 women that make Lisbon a better city. Village Underground has been featured recently in articles about Lisbon in The Guardian, Condé Nast, Sunday Times, the online platform Cool Hunting and more.

we see opportunities where others see problems — Mariana Duarte Silva

Serendipity is the opposite of predictability. — Mariana Duarte Silva