Margo Hudson shares her story about leaving school and home after 10th grade, getting her GED in her 50s, and how it has changed her life. 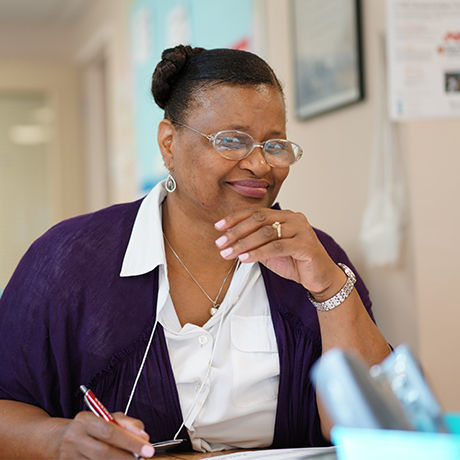 Margo Hudson is passionate about learning. She earned her GED® in 2012 from Seeds of Literacy in Cleveland, Ohio. She spent 11 years studying and took the test 6 times before finally passing. Margo now tutors twice a week at Seeds, helping students like herself. She is an inspirational example of what is possible when you persevere.

In 2016, she was named National Adult Learner of the Year and received Governor Kasich’s Courage Award. That same year, she led the Pledge of Allegiance at a session of the Republican National Convention. In 2017, Cleveland Magazine named Margo one of Cleveland’s Most Interesting People, and she is a 2018 Cleveland Foundation Place.Maker.