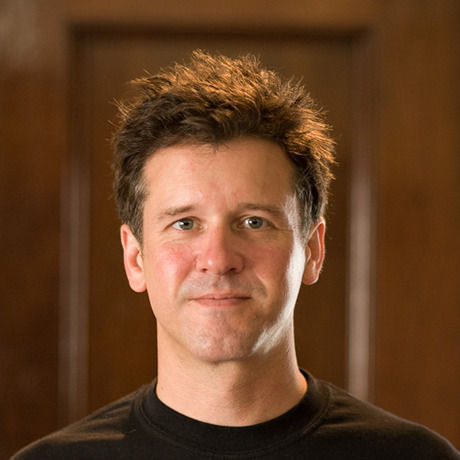 Mac McCaughan is the co-founder of Durham, NC independent record label Merge Records and the band Superchunk. Since its founding in 1989, Merge Records has put out well over 400 releases by a wide range of artists including Spoon, She & Him, Neutral Milk Hotel, The Magnetic Fields, M. Ward, and Arcade Fire. Several of the label’s albums have received awards, including Caribou’s Swim, which won a Juno Award in 2011 and Arcade Fire’s The Suburbs, which won four Juno Awards and the Grammy for Album of the Year in 2011.

Mac also performs and releases records both with Superchunk and the solo project Portastatic and performs songs from both bands at his solo appearances. Combined, the two acts have released over 20 full-length albums and dozens of singles and EPs. Superchunk’s next single, “Void”/“Faith”, will be released on Merge in April. Mac co-authored the book Our Noise: the Story of Merge Records (Algonquin 2009). Mac also serves on the boards of both the Ackland Art Museum and the Nasher Museum of Art.