An excursion into the complex world of story telling beyond creativity, an encounter of thinkable and feasible, imagination and reality.

This keynote is an invitation to talk about the kinship between creativity, dissolution of boundaries and order systems. 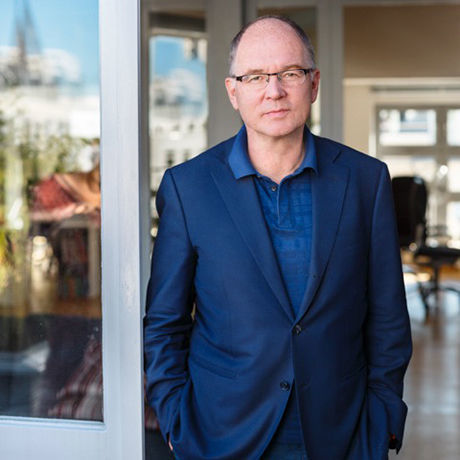 Lutz Engelke, founder of TRIAD Berlin, traverses the border between science and art. An Alumnus of both Freie Universität Berlin and Cornell University New York, his academic studies in literature, psychology, film, and journalism equip him with a strong multi-disciplinary perspective. With offices in Berlin and Shanghai the company is bringing together over 200 employees from 47 professions, different age groups and cultural backgrounds, TRIAD Berlin has been producing award-winning designs and inspiring conceptual experiences since its inception in 1994. Among these projects are national and international benchmarks, such as Brandenburg Gate Museum in Berlin, German Soccer Museum in Dortmund, Siemens Exhibition Stand at the Hannover Trade Fair, FIFA World Football Museum and currently organization of the 12 “Future Energy” Forums at the EXPO-2017 in Astana, Kazakhstan. Lutz Engelke is honorary professor at FH Potsdam Department of Design, cofounder of the CREATE BERLIN Initiative, member of Art Director’s Club Germany as well as cofounder and partner of DENKBANK. His motto “Dare to imagine more” represents the maxim that drives the team at TRIAD Berlin.

Maybe it’s time for a Berlin Manifesto: How to use 10% of our creativity to re-design the world in a better way? — Lutz Engelke

If you don’t have hope, if you don’t have any kind of positive alternative, I think you come up with something which is sort of ‘OK, I give up. The world is like this.’ — Lutz Engelke