Lee Terbosic talks about his life as a magician and how he spreads wonder everyday. 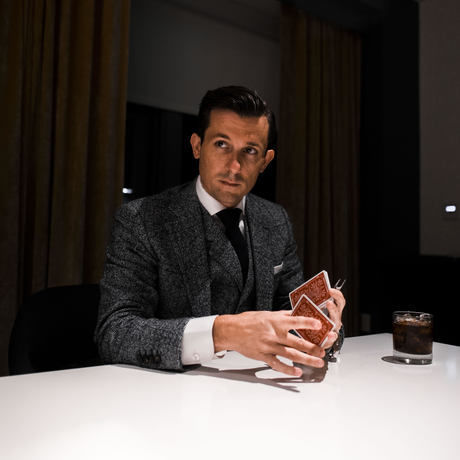 Lee Terbosic is an internationally touring magician, comedian, actor, daredevil and entertainer from Pittsburgh, PA who is proving that anything is possible. Lee is the co-star of Discovery Science Channel’s recent smash HOUDINI’S LAST SECRETS, a four-part TV docuseries that uncovers incredible secrets about Harry Houdini’s life, family, magic and science behind some of his biggest stunts and escapes. Lee has wowed some of Hollywood’s biggest stars like Aaron Paul, Jack Black, Wiz Khalifa & Michael J. Fox and with appearances on America’s Got Talent on NBC, Four Weddings on TLC and Now You See It on the BBC and been requested to perform for numerous Fortune 500 companies around the world. On November 6, 2016, Lee performed his biggest stunt to date with Houdini100, a tribute to Harry Houdini’s death defying upside down straight jacket escape that he performed high above the streets of Pittsburgh, 100 years before him at the very same location in the Cultural District. Currently Lee stars “52 Up Close” his hit one man 90 minute close up sleight of hand show that is in production at Hotel Monaco for only 52 performances each year. Lee’s dedication to magic in Pittsburgh in recent years had helped bring Pittsburgh’s newest theater, Liberty Magic. Lee is a Artistic Advisor to The Cultural Trust and active headliner at the new venue with his stand up comedy magic show “In Plain Sleight” that will return this fall for 6 weeks after 8 straight weeks this spring with every single show selling out.

Hosted by THIS IS RED