Leah speaks of identity, loss, and her gratitude for life as a recipe for being a more self-compassionate artist.

In this poignant and necessary talk, Leah speaks on the tough subject of maintaining identity and finding ourselves, in spite of loss in life. In this segment of COMPASSION we hear about finding purpose in acts of gratitude, explore ways of supporting our own cultural fabric, and expressing ourselves in the model of De La Luz Global. Video by: Jay Wayne Productions Photo by: Elizabeth Ervin 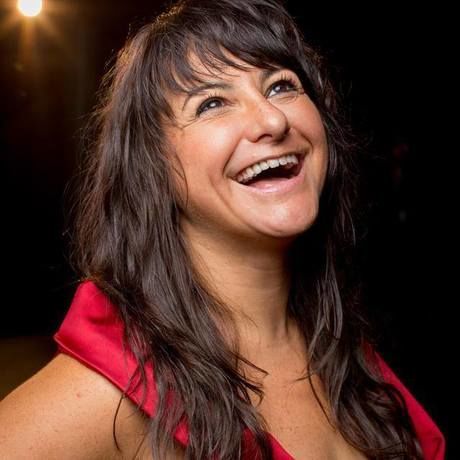 Leah Suárez is a musician and arts entrepreneur whose primary instrument is her velvet rich voice. She’s a multilingual singer, valve trombonist, composer and bandleader blazing her own cool alloy genre that’s jazz tempered with a range of other roots traditions.

A loving daughter of Charleston, South Carolina, Leah’s sound reflects the complexity of her storied hometown and her very own identity. The authority, warmth and expressive tenderness in her singing derive from the myriad of treasured places, people and personal experiences which she courageously explores and humbly honors. Her songbook repertoire and vocal interpretations are a genre-straddling alchemical mix.

Leah was exposed to music early on and began her dedication to formal training at the age of 10 in middle school band. As a euphonium player, she performed in a variety of ensembles and earned top-tier accolades. Her love developed while spending summers at Brevard Music Center and continued her study at George Mason University. When illness forced her to set her horn aside, Leah found her voice.

She went on to earn her undergraduate degree in music performance with an emphasis in jazz studies from the College of Charleston, and has pursued continuing study with master instrumentalists and vocalists at home and abroad. Over a decade of professional experience includes years of performing and producing in a variety of settings – as a bandleader for her own ensembles and years as featured and resident vocalist for the Holy City’s resident big band.

She has recently returned to the land and culture of her familial roots for inspiration: Mexico. Radiant by nature, Leah aptly appropriated a portion of her namesake for her arts production company: De La Luz, LLC. Meaning “of the light,” De La Luz is indeed “where light meets life.” De La Luz produces music, arts and culturally significant endeavors, building on the experience she procured as co-founder and executive director of Jazz Artists of Charleston and co- producer of the Charleston Jazz Orchestra.

Charleston Magazine, which listed her in 2007 as as one of Charleston’s “Women Who Rock,” in 2015, featured her among the city’s top “40 Movers & Shapers” (1975-2015), an honor she shared with the late Jack McCray, her mentor and partner in founding JAC, a non-profit dedicated to preserving, presenting and advocating for jazz in one of America’s most important cradles of the genre.

Leah is a fiercely passionate individual artist inspired by collaborative energy. Whether performing as a duo or in a big band, straight ahead jazz or a mix of bossa nova, bolero and original compositions, her luminous voice delivers a sincere message with sheer radiance. In 2007 upon returning from a catalytic stint in Copenhagen, Denmark, she released her debut EP, Found Freedom. She is currently in production for a 2016 release of her first full length album. As tenacious as she is about honoring and preserving what has come before and fostering the creativity of now, Leah is most brilliantly lit by her profound love for performing and bringing people together through the power of music.