Why do we explore?

Lauren Worley, press secretary at NASA, on how her team is “increasing the awesome and decreasing the suck”

Lauren Worley isn’t a physicist or a rocket scientist or an astronaut, but in her role as press secretary at NASA, she feels compelled to share what she calls, “this amazing knowledge that we as a human race have gleaned about our place in the universe.” Lauren talks about about how NASA is working to spread this knowledge and their general goal of taking steps and making decisions to “increase the awesome” and “decrease the suck.” 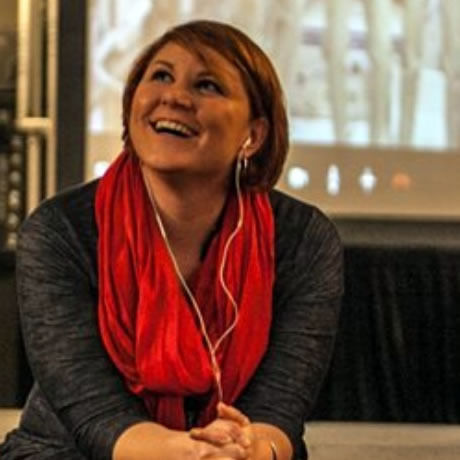 Lauren Worley is known as an insightful, fearless communicator and a tireless champion of positive change. A native of Peebles, Ohio, she moved to DC in September 2011, transitioning from communicating political messages to communicating the wonders of the universe as the Press Secretary at NASA.

Prior to her work at NASA, Lauren was the Chief of Staff to Ohio Lt. Governor Lee Fisher. She was President and CEO of Energy@Work Strategies + Solutions, a media consulting company for advanced energy companies and initiatives. She’s also worked at the Ohio Association for Justice, the Ohio Senate and the Ohio Democratic Party.

Lauren loves bicycling and bacon, spends her summers co-managing The Astros, the NASA softball team, and was the Executive Producer of the Cincinnati-produced short film “Call Me.” She tweets unofficial NASA stuff @SpaceLauren.

I'm blown away and compelled to share this amazing knowledge that we as a human race have gleaned about our place in the universe. We still don't fully understand how the universe originated, how life on earth began, how it thrives at the deepest depths of our oceans, atop mountains, in deserts, or even in the cold reaches of space. — Lauren Worley