Learning to Fly with Larry

Amber Case The Future of the Interface

Even geniuses require a diaper change.

Who is Larry Bourgeois? He’s a dad, pilot, “the patron saint of espresso,“ voracious reader, survivor of 3 strokes, a former little league baseball coach, spiritual director of many, and so much more… In getting to know Larry, our conversations have ranged from stories of the two times he crash landed in his plane, the ways in which we frame value and success, and innumerable references to The Little Prince. We believe that conversations with Larry are the kind that we’ll continue to better understand and appreciate even more over the course of our lives… Needless to say, we’re excited to introduce you to Larry. Instead of our normal presentation format, CM/CIN team member, D.J. Trischler, interviewed Larry on stage about the CreativeMornings theme for August, “Genius.” They covered what it takes to become a genius, how to take yourself lightly, advice on flying, knowing when you’ve flown too high, and how to spread genius in a world that desperately needs it. 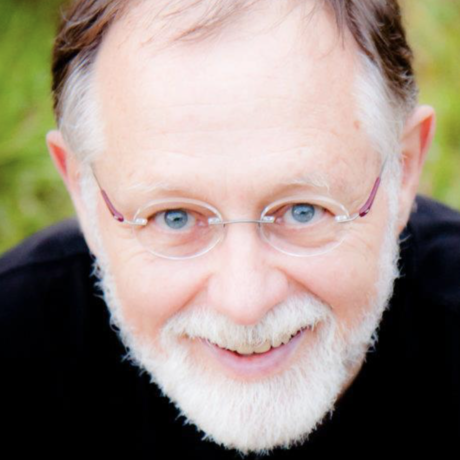 “His friends and grandkids call him ‘Bobo.’ Others have called him a madman, a genius and their very own ‘spiritual sherpa.’

He’s a cultural entrepreneur, a community strategist, a theologian and a master of hospitality and good conversation. He is also Cincinnati’s very own patron saint of espresso, and you might not even know his name.

Larry Bourgeois was almost a commercial pilot just like his father, but now he flies only for fun. He could have stuck it out in the book business or opened another coffeehouse, but he admits, ‘I’ve never been very good at making money,’ as if he reconciled the fact long ago.

At one point, he even considered becoming a minister, but he didn’t fit neatly in the Church’s structure. Instead, his career path has brought him around the world, across the country and eventually to Cincinnati, where Bourgeois holds a relatively quiet position of both local and national influence in the specialty coffee industry and the culture of ‘third places.’”

Most people know the cost of everything and the value of nothing. — Larry Bourgeois