Kim Parati asks the question: Do you live in a fantasy world?

On Friday, November 11th at Boxman Studios, Charlotte writer, director and performer Kim Parati took us on an epic journey through our theme of “Fantasy.” Writing and performing an original theatrical piece that she created specifically for CreativeMorning/Charlotte, Kim showed us how she uses fantasy to make sense of her life’s reality. So sit back and enjoy “The Tale of Oparatis” – a story of adventure, adversity, and heroic strength that would make even Odysseus proud. 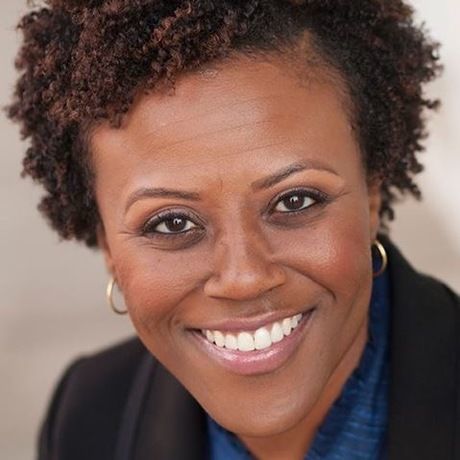 Director, performer and writer, Kim Parati is a Charlotte native and graduate of UNC Chapel Hill. She lives in Historic Wesley Heights with her husband, Tim and their cat, Simoon.

Kim served as a proud member of the WFAE NPR News Talk Corporate Development team for more than 10 years. Her writing was featured on NPR’s The Moth, in a WFAE commentary and as part of a Charlotte Arts and Journalism Alliance piece on a couple who set the foundation for NoDa’s arts district.

Kim has performed as an Equity actress for more than a decade, starring in shows such as Charlotte Rep’s JAR THE FLOOR, Collaborative Arts’ one-woman show BAD DATES and Actor’s Theatre of Charlotte’s YANKEE TAVERN, GEM OF THE OCEAN, INTIMATE APPAREL and BUG.

She began her directorial debut with Paperhouse Theatre’s A WOMAN OF NO IMPORTANCE, named Creative Loafing’s 2015 Production of the Year. Kim recently directed Three Bone Theatre’s MOTHERHOOD OUT LOUD and On Q Productions’ THE BLUEST EYE. Her next project will be directing Theatre Charlotte’s A RAISIN IN THE SUN this spring.

Kim recently joined the Savvy + Company Real Estate team and is extremely excited about supporting people in their search for their perfect home! She’s living the dream and helping to enrich the lives of people both on and off the stage.