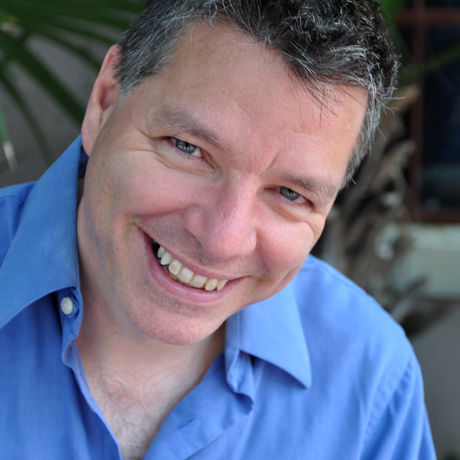 During his tenure at Stages, Kenn has produced more than 100 productions, including record-breaking hits like The Marvelous Wonderettes and Late Nite Catechism series; The Great American Trailer Park Musical (and its recent Christmas sequel!); and revivals of the theatre’s landmark original musical Always…Patsy Cline; as well as pivotal world and U.S. premieres such as Black Pearl Sings, An American Brat, Elizabeth Rex, five original Panto-style musicals and The Great American Trailer Park Christmas Musical. He has directed over 25 shows for Stages and has written or co-written three, and he recently returned to the stage as a performer, making his Stages acting debut in Wittenberg.

Prior to his arrival at Stages, Kenn spent eleven years at Great Lakes Theater Festival in Cleveland. At Great Lakes, Kenn helped to build the largest theatre-based education program for a performing arts institution in the state of Ohio. He directed the company’s award-winning School Residency Program and commissioned several new theatre works including Brother Can You Spare a Dime: The Social Conscience of the American Musical, The Way You Look Tonight, Straight on ‘til Morning, and a new adaptation of Lorraine Hansberry’s To Be Young, Gifted and Black. Kenn also co-founded The Wallpaper Project, an annual oral history performance program in rural Ohio.

Kenn was a three-time nominee for the Ohio governor’s award for excellence in the arts; a two-time winner of Northern Ohio Live’s award for community outreach; winner of the Ohio Historical Society’s award for excellence in history education and an arts educator of the year for Young Audiences of Greater Cleveland. Kenn has taught workshops for the Center for Literature and Medicine, part of an education cooperative between Hiram College and Northeastern Ohio University College of Medicine. He has developed extensive theatre-based curricula for students and adults and has twice presented workshops at the National Council of Teachers of English.

In Houston, Kenn has taught classes in creativity at Rice University and in directing at Sam Houston State University, as well as teaching diversity awareness to cadets at the Houston Police Academy and serving as a guest lecturer for Harris County’s Department of Education CASE program. He is chair of the stewardship committee of First Congregational Church of Houston where he has also served on the long-range planning and education committees.

Kenn began his theatre career working as an understudy in the world premieres of Horton Foote’s Dividing the Estate and Adrienne Kennedy’s Ohio State Murders starring Ruby Dee. He appeared professionally in productions including Cyrano de Bergerac, All My Sons, Angels in America and six seasons of A Christmas Carol at Great Lakes Theater Festival.

Other regional directing credits include American Buffalo, A Flea in Her Ear, The Normal Heart, Romeo and Juliet, Twelfth Night, Macbeth, and the world premiere of Eric Coble’s Truth, the Testimonial of Sojourner Truth, as well as Great Lakes Theater Festival’s touring productions of The Way You Look Tonight (world premiere), and Landscape with Figures: Two Mississippi Plays.

Kenn completed the Executive Non-Profit Leaders program through the Graduate School of Business at Stanford University and holds a BFA in acting from The Theatre School, DePaul University.