Kelly Towles tells us why being “hungry like the wolf” gets stuff done. 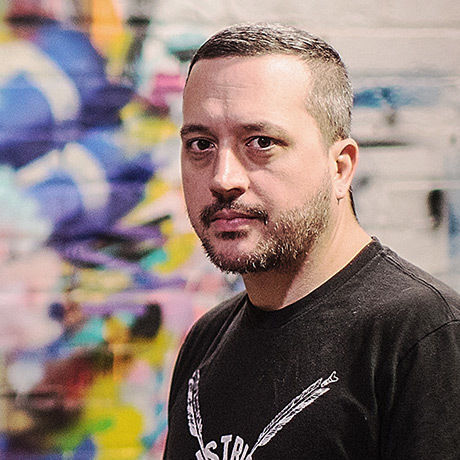 Kelly Towles is one of Washington, DC’s emerging artists. Towles has had numerous shows, including a critically-acclaimed show at DC’s David Adamson Gallery, which represents renowned artists such as Chuck Close and Jim Dine, among others, as well as shows at the Pool Trade Shows LOOP space in 2008 and 2009 in Los Angeles. He has had large installations in the famed Manifest Hope, Manifest Equality, Re:form School and Submerge.

He has created murals for the U st music hall, Toki Underground, DC Brau and Graffiato.

He depicts people dealing with the society in which they live and the emotional arsenal with which each person is equipped. Striking characters with physical deformities, boxing gloves, and masked identities reveal Towles’ vision of how individuals deal with the world around them. He resides in DC, works out of his art studio in DC and loves DC to its core. He is also amazing at writing in third person.