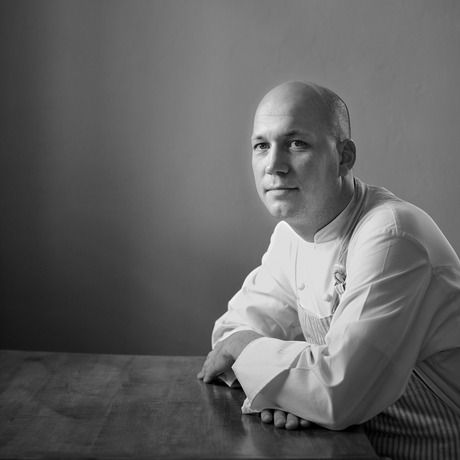 Justin Carlisle grew up on a small beef farm in rural Sparta, Wisconsin where he developed a deep passion for food and cooking and a hard work ethic — food has always played a large role in his life.

Justin Carlisle has worked in some of the country’s top kitchens with stints at The Greenbrier Resort and Tru Restaurant (Chicago) before becoming Executive Chef of Harvest Restaurant (Madison) to promote the slow-food movement. Harvest was rated “Top 20 restaurants in America" by Organic Magazine and “Top 8 Farm-to-Table Restaurants" by Bon Appetit. After a three year tour including a trip to the James Beard House, he took the position as Executive Chef of Restaurant Muramoto (Madison) to study Asian cuisine. Next was 43 North (Madison) where he was nominated for “James Beard Best Chef Midwest” within three months of opening. During this time he has also worked with the Milk Marketing Board on advertising campaigns and taught culinary classes at Madison College.

His restaurant Ardent in Milwaukee, WI was conceived in October of 2013 and was a semi-finalist for “Best New Restaurant in the Country” by the James Beard House, and has also been named one of the “Top 15 New Restaurants in the Midwest” by Conde Nast Traveler and as one of the “30 Chefs You Need to Know” by Plate Magazine.