From Shoreditch to Splott 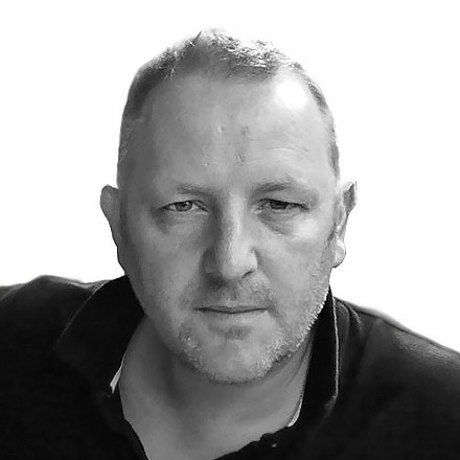 John Tomalin-Reeves has been on something of a journey to arrive back in Cardiff to not only speak at, but also host our next Creative Morning. A journey that has taken him from Shoreditch to Splott and numerous countries in-between.

His heart was set on becoming an architect, taking the long way round, attending The London College of Furniture, Chelsea School of Art and then onto Kingston to study Architecture, before landing a place at the prestigious Royal College of Art.

The long awaited career in Architecture proved, at best, frustrating, so John ended up moonlighting at a design company as a freelancer. John’s quite unique mixture of skills led to him becoming an early pioneer of 3D visuallisation within the Branding Industry - working for the likes of British Airways, designing the Terminal 5 lounge of Heathrow Airport, numerous product launches for the likes of Rolls Royce, Aston Martin and Mercedes, culminating in designing the entrance sculpture for the London 2012 Olympics.

John’s career path was to pivot once more while watching Dragon’s Den with his mate in 2007. They challenged each other about what they would pitch and John ended up writing down his idea for his Halo Cooltouch BBQ. After working for so long providing design services John was ready to create his own product and brand whilst also making something tangible that he could sell. He started designing Halo in his spare time. After buying too many materials from Amazon and many bodged experiments later they got the whole thing made and working. He didn’t see himself as a product designer but his experiences quite by accident made him pretty damn good at it. Within a couple of months he had Electrolux, Selfridges and John Lewis all on the phone interested in Halo. The Telegraph even declared it as ‘The Dyson of the BBQ.’

Over the last couple of years John has invested everything in Halo and is of the opinion that good product design is as much about the power of aesthetics as function. To a great degree, function now follows form and if your product is as strong as your brand then that is the sweet spot.

Whether you are interested in creating an online product or a physical one - John has some great experience and insight into what it takes to be a good product designer. As well as being a brilliant example of where a bit of hard work and tenacity can take you!