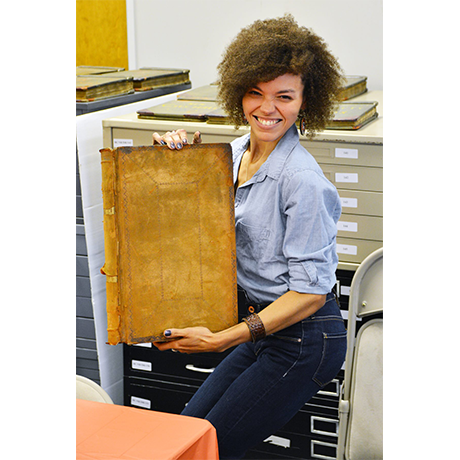 Born and raised in Baltimore, Jessica is an archivist at the Maryland State Archives and history enthusiast who enjoys reading, live music and exploring and photographing Baltimore. She is a member of the Advisory Board for the Preserve the Baltimore Uprising 2015 Digital Archives, a user-submitted digital archives that maintains a large collection of photographs, videos, oral interviews and emails related to the Baltimore Uprising. She urges people to document and “archive” their own experiences to preserve contemporary moments that might otherwise disappear with time.

She recently spoke at the 2016 Mid-Atlantic Regional Archives Conference about using readily available resources, such as smartphones, social media and free open-source programs, to capture, document and archive their surroundings. She hopes to show the ease with which anyone can preserve history according to those most closely involved in the moment, rather than allow history to be filtered by outside or removed perspectives, which often silences the voices that can offer the most accurate, well-rounded representation of a moment in time.

She initially began photographing her observations while living in and exploring New York after becoming fascinated with the concept of “anonymity” in the most populous city in the country. After returning to Baltimore, she continued to explore her surroundings, this time in an attempt to reconnect with the city after witnessing how much had changed in just a few years. While working at the Baltimore City Archives, she used historic landmarks and points of interest as destinations in her explorations, but found that she was able to establish deeper connections to the city by physically coexisting with places that were otherwise only referenced as moments in history. She used this as a way to make Baltimore’s history (past, present and future) a more inviting, inclusive and participatory field.