It’s All About Strong, Powerful Women

Writer and director Jesse Peyronel speaks at CreativeMornings/LosAngeles on the global theme of Sex, as it relates to his new film, Siren. Inspired by his past relationships, Jesse walks us through the strong, powerful women he has known and how they have influenced his work. 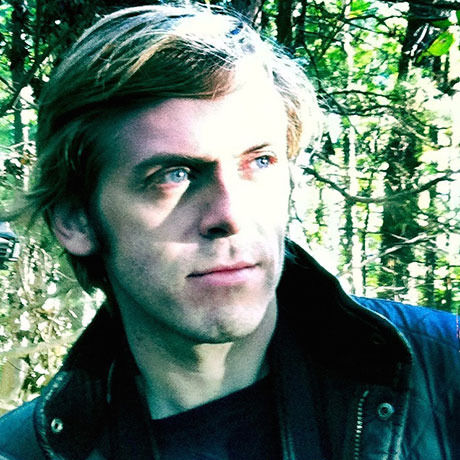 SIREN is Jesse’s writing and directing feature debut. It premiered last October at the Austin Film Festival and is currently screening at fests around the world.

A native of London, Jesse graduated from NYU’s Tisch School of the Arts’ prestigious film/tv program, where he wrote and directed his award-winning thesis film Swimming Out To Holly. After college, Jesse produced music videos and commercials before working for ad agencies on campaigns for the likes of Coca-Cola, Milk, and Stella Artois.

Currently a writer on USA’s upcoming drama, DIG, from the creators of HOMELAND and HEROES, Jesse has written features for Miramax/Dimension and sold pilots to ABC and ABC Family. He was selected for NBC’s Writers On The Verge program and wrote two Hero Factory animated specials for LEGO that aired globally on Nickelodeon. Last year he wrote for NBC’s drama DRACULA. Jesse’s now focusing on creating his own TV series in the US and UK, and developing features as a director, including an adaptation of the Image comic book SHELTERED.

Jesse has recently decided he wants to learn to dance properly, though being British and tall, the odds are rather against him.

Find that person that inspires you. — Jesse Peyronel

Everything, and I mean everything, is about strong, powerful women. — Jesse Peyronel

It's really important to have those people in your life who push you to be better, different. — Jesse Peyronel

The more connected you are to the work, the better it is. — Jesse Peyronel