How do we look at death in a positive way? 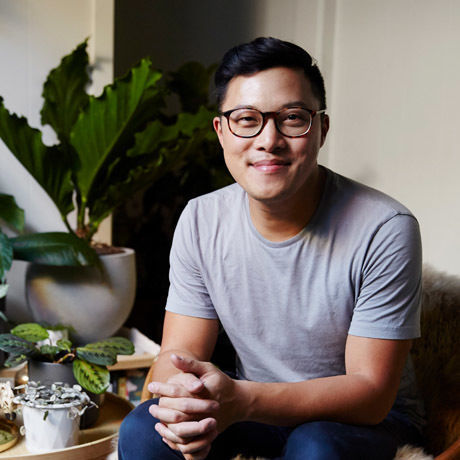 Jason Chongue is a Melbourne based architect, interior designer and plant cultivator.  His career has been shaped by a range of unique design and gardening experiences. At 19, Jason launched his design career as head visual merchandiser at Koko Black while completing his Masters of Architecture in Melbourne, London and New York. After graduating, he worked with architectural firms large and small across retail, hospitality and residential. Jason is actively involved in a range of notable architectural, interior and styling projects.

Unambiguously passionate about design, he also has an innate love of cultivating indoor greenery and has been a plant cultivator for as long as he can remember, growing a range of plants with his family, especially his grandmother. His love for all things green has led him to collect a huge number of rare and unusual plants sourced through long-nurtured relationships with other growers.

In August 2016, he launched The Plant Society with partner Nathan Smith. Together they promote positive and open conversations about gardening and greenery. Their passion lies in providing a supportive social network for gardeners of all levels. The Plant Society’s ‘Plant Social’ events bring together growers and plant enthusiasts to informally talk about plant-care tips or growing challenges and build awareness about gardening in small spaces.

Jason’s mammoth plant collection and unique interiors were discovered by The Planthunter via his Instagram (@jasonchongue) in 2016. He has also appeared in The Design Files, Sunday Life and the Sydney Morning Herald, and been noted as ‘one of five plant-obsessed Instagram accounts to follow’ by Nine News and one of ‘10 Instagrammers from Australia and New Zealand to follow’ by Design*Sponge. Jason released ‘Plant Society: Create an indoor oasis for your urban space’ in November 2017.

Jason believes the skills of gardening have skipped a generation, which has opened a gap for educating the younger generation about simple skills and knowledge relating to indoor gardening. He is passionate about gaining knowledge from established growers to preserve the history of plants, both in Australia and internationally.