Isaac Duncan tells the story of his journey from Brooklyn to Chattanooga, and from designer to sculptor. 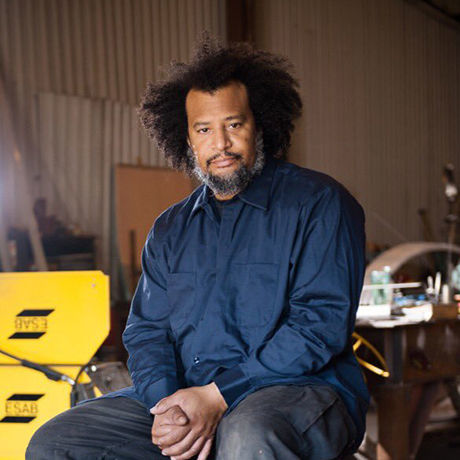 After his academic experience, Duncan was employed by internationally renowned sculptor John Henry as the crew supervisor, heavy equipment operator and assistant to the sculptor. In mid-2008, Duncan purchased a warehouse and opened his Tennessee studio, Duncan Sculpture and Services, where he began to create his own large scale sculpture and fabrication projects.

His studio has created, fabricated & repaired work for artists including Robert Stackhouse, Carol Mickett, Jonah Freeman, Justin Lowe & Victor Contreras, institutions including the Kalamazoo Institute of Art, Georgia Institute of Technology, and Le Domaine Forget. His work is exhibited in cities around the world.

Isaac was the President of Mid-South Sculpture Alliance, a national non-profit organization which promotes a supportive environment for sculpture and sculptors, based in Chattanooga, Tennessee. He also sits on various art boards and committees; Sculpture Fields at Montague Park, ArtsBuild, Association for the Visual Arts, and the Tennessee Arts Commission: Arts Education Learning Committee.

For me, movement is life. — Isaac Duncan III

If you want it, you have to get it. You cannot rely on anyone else. — Isaac Duncan III

One of the things I like to do with my pieces is always challenge the notion of space, movement, implied movement... Movement is life. — Isaac Duncan III

If you play baseball and you come home with your uniform without dirt, then you didn't play. — Isaac Duncan III