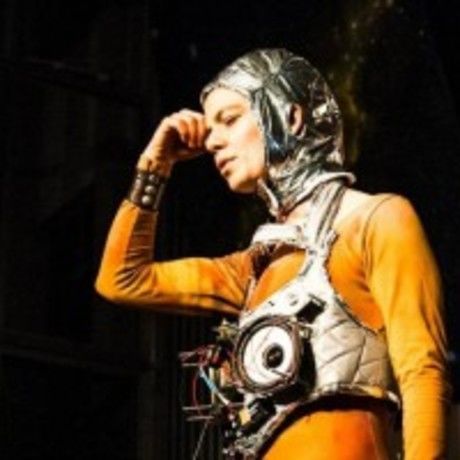 eve Warnock is a multimedia artist who melds ancient techniques of art-making with modern technologies. She is a costume and set designer as well as a director for live performances and films. eve earned a BA in Arts and Humanities from The Ohio State University, and a Master of Fine Arts from the University of California Santa Cruz’s Digital Arts and New Media program. eve is co-creator of Queen Mae and the Bells, a modern opera troupe that integrated electronics and projection in costume and engineered instruments. She is the Director of S e e k a g o, a series of five experimental films that incorporates tactics of live performance with film techniques and new medias. She is also director of many multi-media, interactive performances pieces where the stage is not defined and the characters and the audience switch places: Speakers, Denizen, Seek, and H e r d are a few examples. Her work explores the boundaries of human and animal relationships, studying primitive natures as a way to reconnect humans with each other and to the animal kingdom.