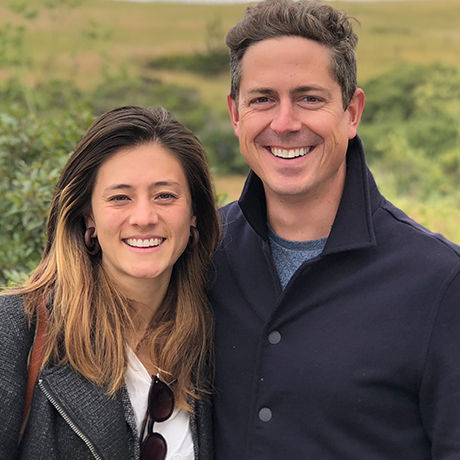 Graham and Marika are big fans of walkable cities. Graham’s originally from Cleveland and Marika grew up in Berkeley, CA. Marika is an architectural designer, working with organizations like IDEO.org and the International Rescue Committee to design solutions to problems ranging from early childhood education to health disparity issues. Graham started North Water Productions (NWP), a video marketing company. NWP is 10 years old and has won 4 Emmy Awards. He is also the head wine guy at MANCAN — the first exclusive-wine-in-a-can company that is now distributed in over 20 states. Together, Graham and Marika collaborate on neighborhood work in Hingetown — an enclave in Ohio City where they live with their dog Gus.