Emma and Lakshmi from Match.com give us a peek behind the curtain. 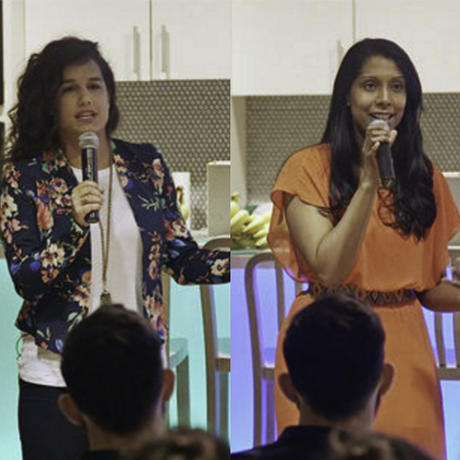 Emma Golden is a perpetually single 20 (almost 30)-something who ironically happens to be the head copywriter for Match.com. After studying at the University of Kansas, she moved back to Dallas and hasn’t left since (although she’s threatened to several times). Six years ago, she started emmasthing.com to have a place on which to store her word vomit, but it turned out to be a resume-builder she would’ve never expected. Emma has worked in sales, graced numerous ad agencies with her presence, and finally landed her perfect match of a job at Match.

Originally from Chicago, Lakshmi Rengarajan relocated to Dallas from San Francisco. She is now embarking on her first Texas summer and her first few months as Director of Brand Strategy at Match. Like Emma, Lakshmi developed a side project focused on the dating space. Her Chicago-based singles event series, Me So Far, focused on visual storytelling and in-person interactions as a complement to the fast-growing online dating world. After 3.5 years of working on an offline-dating format, she decided to see if she could apply those hard-earned insights at Match. She met Tina Roth Eisenberg at a conference last year and may have squealed in excitement.