How do creatives decide, define, and design cultural preservation?

Eden Redmond invites us to examine the tools and processes of preservation with an interdisciplinary approach of art history, media studies, and land advocacy work. Written and visual media are used in classrooms, museums, parks, and popular culture to teach and uphold society’s most essential beliefs and histories. How are the artists and creatives who produce that media and text implicated in and uniquely positioned to shape what is preserved and taught? Is there such a thing as an objective author, and if not, what roles can subjectivity play? 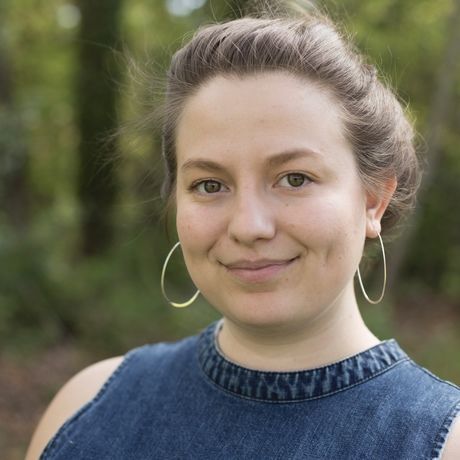 A citizen of the West Coast, Eden Redmond currently serves as the Co-Director and Operations Coordinator at Signal Fire. She was born and raised in Sacramento, schooled in Ashland and San Francisco, and now resides in Vancouver, Washington. Eden is a multimedia artist and critical arts writer most interested in artistic production that seeks answers to economic, material, and mortal mysteries (and usually all three at once). Her projects have explored Tumblr-based digital still life photography, ghost hunting reality television shows, and narrative taxidermy displays at Cabela’s.

Eden is currently co-authoring research about subversive comedy in women’s workplace films from the 1980s; most recently this project was recognized with an award at the 2019 Western Association of Women Historians conference.

Eden’s writing can be found in Living Room Light Exchange (San Francisco), 60 Inch Center (Portland), Sightlines Journal (San Francisco), and Departures in Critical Qualitative Research (UC Press). She has exhibited artwork all along the I-5 corridor and in 2016 she held a residency at Studio XX in Montreal with the collective members of Bad Girls Club.