Go on, be shiny

Baltimore based rapper DDm spoke to Creative Mornings DC on the importance of language and being true to yourself at the Renwick Gallery. “Go be shiny, DC!” 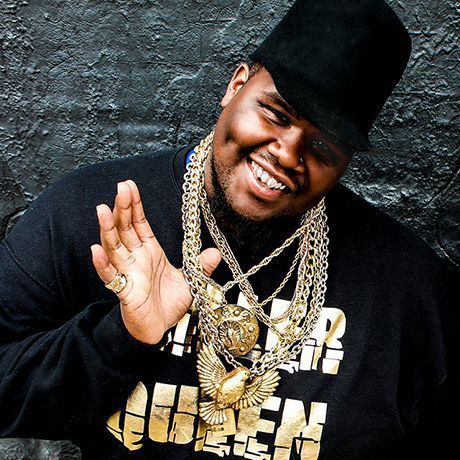 With a style that is as abrasive as it is welcoming, Emmanuel ‘DDm’ Moss is one of the most idiosyncratic voices on the burgeoning Baltimore City rap scene. The Baltimore native, who made his name on the local battle rap circuit, manages to straddle the fence between cool kid and weirdo with a charming accessibility. In 2014, DDm and producer Paul Hutson, came together after a chance meeting one summer outside a local nightclub. After several conversations centering on the disillusionment with American life, music, and pop culture, the pair began working on a series of songs that would eventually become ‘Everybody’s So Sleepy’. The result is a sound that fuses the aggression of hip hop, the heyday of Motown, and electronic elements, into something irresistibly familiar yet idiosyncratic. The group, who’s moniker was taken from the street name of Paul’s home studio in Baltimore, Maryland have already garnered local and national interests. Playing SXSW, Daytrotter, and opening for Dan Deacon, Future Islands, Beach House, Big Freedia and more.