Karim Estefan Hidden behind the metaphor

Dave Christopher of AMPED shares his insight and framework for processing present realities through creative outlets. 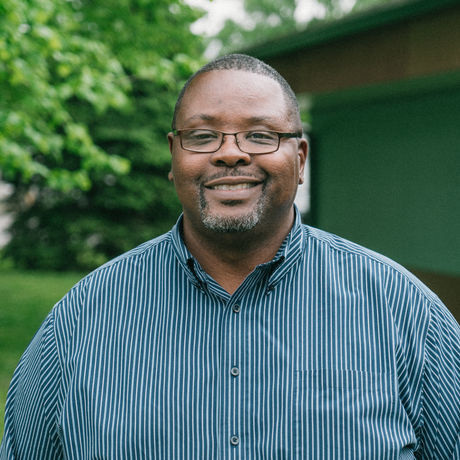 Dave W. Christopher Sr. is a web designer, IT professional, and entrepreneur from Gary, IN. Prior to moving to Louisville Dave worked as a High Rise Sign Technician and Project Manager for a major sign company. He proudly served as a SSGT in the United States Air Force as a Communications Technician spending the majority of his military career serving overseas in the Philippines, Korea, Japan, Germany, and Turkey.

In July of 2000 while working as a Project Manager Dave was transferred to Louisville, KY to gain custody of his 11-year-old son. It was as a single father that Dave began to understand some of the obstacles that young people were facing and also got his first revelation about how transformative the power of music can be. After one year the office that he had been transferred to abruptly closed. Dave went to work for UPS as an IT professional. After 4 years at UPS Dave made the bold decision to leave UPS and start his first business, Tekni Solutions.

Currently, Dave is the Executive Director and co-founder of A.M.P.E.D., the Academy of Music Production Education and Development, the owner of Tekni Solutions Technology Company and Level Seven Recording Studio. He holds a Bachelors Degree in Criminal Justice Administration from the University of Louisville. Dave is a proud member of Alpha Phi Alpha Fraternity Incorporated. He is the recipient of the KET American Graduate Hero Award, the Kentucky Blacks in Media Award from the Black Media Collaborative, and he is a Metro United Way Black Male Achievement Innovation Award winner. Dave is married with three children.