The benefits of active travel

What can we do to make people walk and cycle more?

Dame Sarah Storey joined us in October to discuss the health and environmental benefits of traveling in a more active and sustainable way. 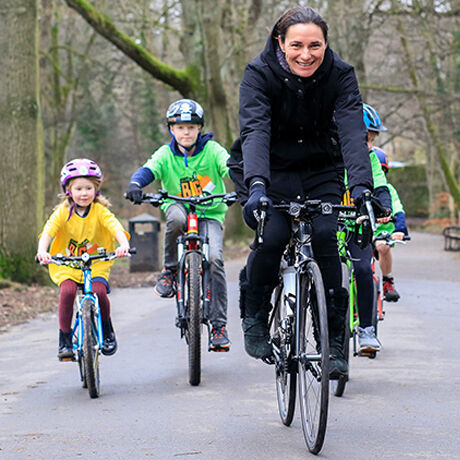 Dame Sarah Storey is Britain’s most successful female Paralympian, with 14 gold medals to her name in both cycling and swimming and more than 30 World Championship titles.

In April 2019, Dame Sarah was appointed as Active Travel Commissioner for the Sheffield City Region, a role which involves working alongside Mayor Dan Jarvis to create a region in which more people travel on foot, by bike or by public transport.

A passionate advocate of walking and cycling, Dame Sarah is determined to inspire a new way of thinking about travelling by bike or on foot in the region. Through listening to communities and speaking to politicians, she aims to enable more people to choose to leave the car at home and travel in a way which is healthy for body, mind and the environment.

Join in the conversation and have your say on walking and cycling in the Sheffield City Region, follow @CycleWalkSCR on Twitter.

Find out more about the Sheffield City Region Active Travel vision at sheffieldcityregion.org.uk/cyclewalkscr

Hosted by Your Home or Office | Zoom