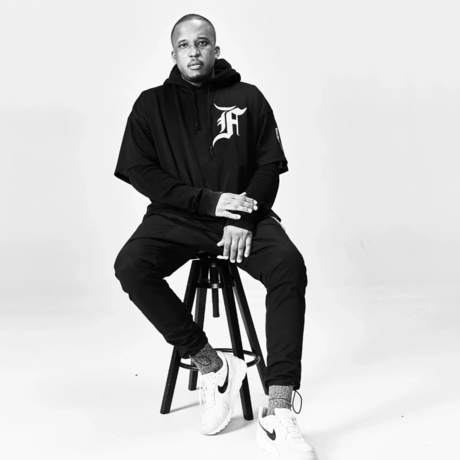 D. Watkins is Editor at Large for Salon. His work has been published in the New York Times, New York Times Magazine, The Guardian, Rolling Stone, and other publications. He holds a Master’s in Education from Johns Hopkins University and an MFA in Creative Writing from the University of Baltimore.

He is a college lecturer at the University of Baltimore and founder of the BMORE Writers Project, and has also been the recipient of numerous awards including the BMe Genius Grant, and the Ford’s Men of Courage. Watkins was also a finalist for the Hurston Wright Legacy Award and Books for A Better Life. He has lectured at countless universities, and events, around the world. Watkins has been featured as a guest and commentator on NBC’s Meet the Press, CNN’s The Erin Burnett Show, Democracy Now and NPR’s Monday Morning, among other shows.

Watkins is from and lives in Baltimore. He is the author of the New York Times bestsellers The Beast Side: Living (and Dying) While Black in America and The Cook Up: A Crack Rock Memoir and We Speak for Ourselves: A Word from Forgotten Black America.

The best thing that ever happened for me as an artist is when I became comfortable being uncomfortable. — D. Watkins

When you are lost, every direction is right. — D. Watkins

Everything costs something. — D. Watkins

Who you are and what you want to be is already inside of you. You just have to trust who you are. — D. Watkins

Hosted by Top of the World Observatory