Education beyond the institution

Ian Sharman, through his PhD work explores how future graduates view the transition from “creative education” into “industry” and how continuous learning is fast becoming a key requirement to their creative happiness. 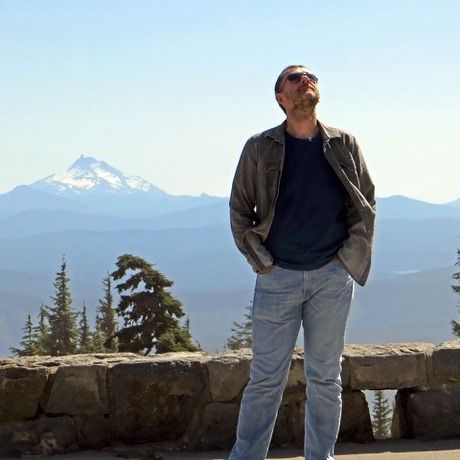 To kick off our first EVER CreativeMornings/Edinburgh we are absolutely delighted to have Ian Sharman tackle the theme of education. Come along Thursday morning to explore the idea of “education” beyond traditional institutions.

A long time ago, in a galaxy far far away (Manchester Polytechnic) Ian completed his BSc in Applied Computing one-day-per-week alongside his job as programmer analyst of flight simulators at military bases around the UK. But such was the mismatch between his learning style and how he’d been taught that after graduating he slammed the door on structured education. Nevertheless, it creaked open through curiosity and the desire to know more than life was revealing under its own steam; and this time there was light on the education side.

In the intervening decades he’s stashed under his stairs a Higher Diploma in Multimedia, an MDes in Interdisciplinary Design, an MA in Graphic Design, and is in the final year of a PhD at Edinburgh College of Art, University of Edinburgh. There too are certificates from Adobe, Microsoft, City & Guilds, the Police Service, and the Higher Education Academy confirming his commitment to teaching in those respective fields. As well as military flight simulators he’s coded educational and Nintendo games, been a police officer and trainer, database programmer, and IT & communications manager. And he’s produced training aids and delivered training widely in the UK and for the British Council/ UN Missions in Pristina, Khartoum and South Sudan.

He now tutors undergraduate, post-graduate, and lifelong learning graphic design students at Edinburgh College of Art, University of Edinburgh. Most recently, he has toured graphic design departments across the UK eliciting from final year undergraduate students their visualisations of graphic education and life beyond. They explain their sketches with sign-writing markers onto large golden survival blankets, and emerging from that is an expectation from these burgeoning creatives of learning beyond the academic institution.