Washington Vieira Speculating and accumulating: what it means to invest in people.

Communities are built on common ground and sustained by human connection. That connection is driven by communication, and communication is achieved with language. Yet our CreativeMornings community shares many more languages than the 40+ we speak. There are so many languages of CreativeMornings: generosity, love, hugs, high-fives, passion, excitement, creativity — the list goes on. Really, language boils down to expression. And isn’t that what creativity is really about?

Our first speaker for 2016 was well versed in the language of creativity. The power of Courtney Sina Meredith’s work is evident in performance and on the page. Meredith’s neologism for the energetic, urban, polygot culture of contemporary Auckland that brings the island and the city into profound collision, and acts as the crucible of new global identities. 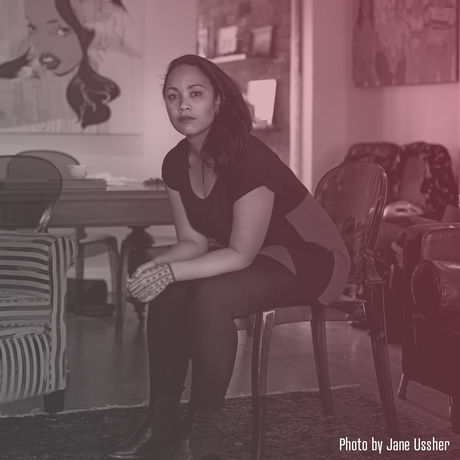 Courtney Sina Meredith is a poet, playwright, fiction writer and musician. Her play Rushing Dolls (2010) won a number of awards and was published by Playmarket in 2012. She launched her first book of poetry, Brown Girls in Bright Red Lipstick (Beatnik), at the 2012 Frankfurt Book Fair. Meredith was the Bleibtreu Berlin writer in residence 2011, she has an upcoming residency in Sylt (Northern Germany) in 2016 before she launches her new book of short stories Tail of the Taniwha later in the year. In 2014 she was a guest of the BBC to the House of Lords and in 2015 she represented New Zealand at the Mexico City Poetry Festival.

Meredith is the Partnerships Manager for the Faculty of Creative Arts MIT, her role is to lead on the development and implementation of commercial and industry opportunities. The role builds on her previous experience in commercial partnerships management in London and her time as an Arts Advisor for Auckland Council.

I also felt this immense social responsibility with my voice, to be giving a voice to others — Courtney Sina Meredith